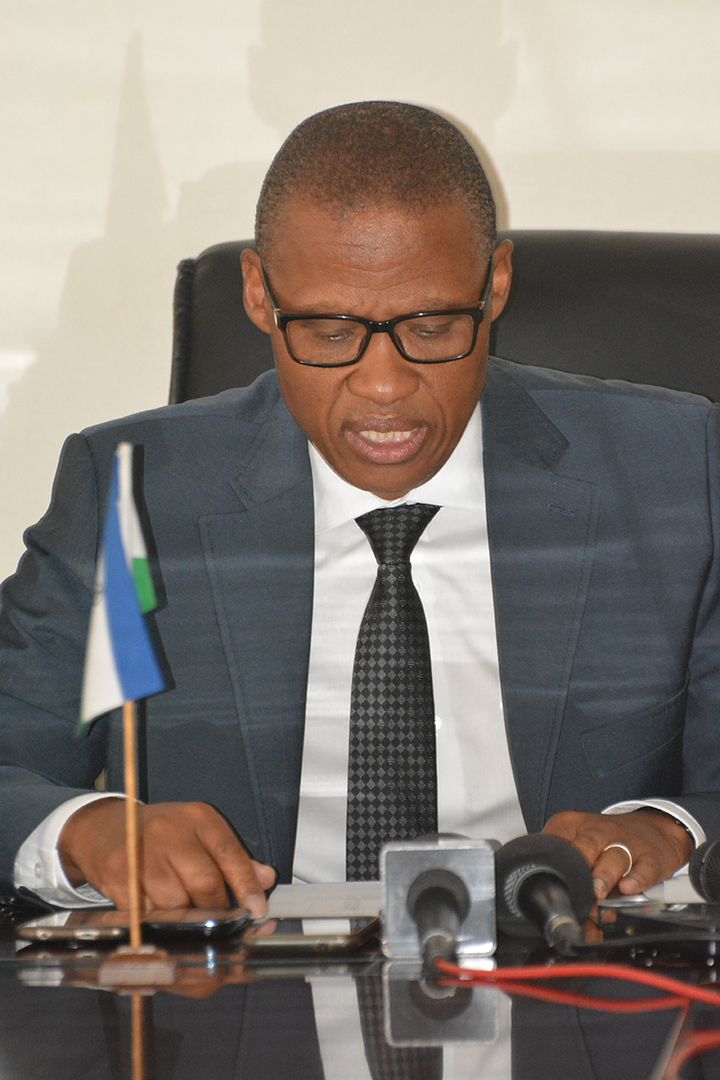 There has been an increase in the percentages of candidates obtaining the A* to D Grades, except at C where there is a slight decline in 2018 Lesotho General Certificate of Secondary Education (LGCSE) cohort.

This is according to the Minister of Education and Training, Professor Ntoi Rapapa when announcing the release of the fifth cohort results of LGCSE. He said the performance of the 2018 LGCSE cohort is better in comparison to that of the 2017 cohort.

He revealed that when considering the E to U Grades, improvement in performance is observed as there is a decrease in lower grades, except at G, where there is a minor increase.

He disclosed that a total of 14, 225 candidates sat for the LGCSE examination, saying the overall number of A* grades is 540, which is 0.5 percent of all grades obtained and saying that this figure is 0.1 percent higher than the one observed last year.

He extended his gratitude to all people who contributed towards making 2018 LGCSE examinations the great success.