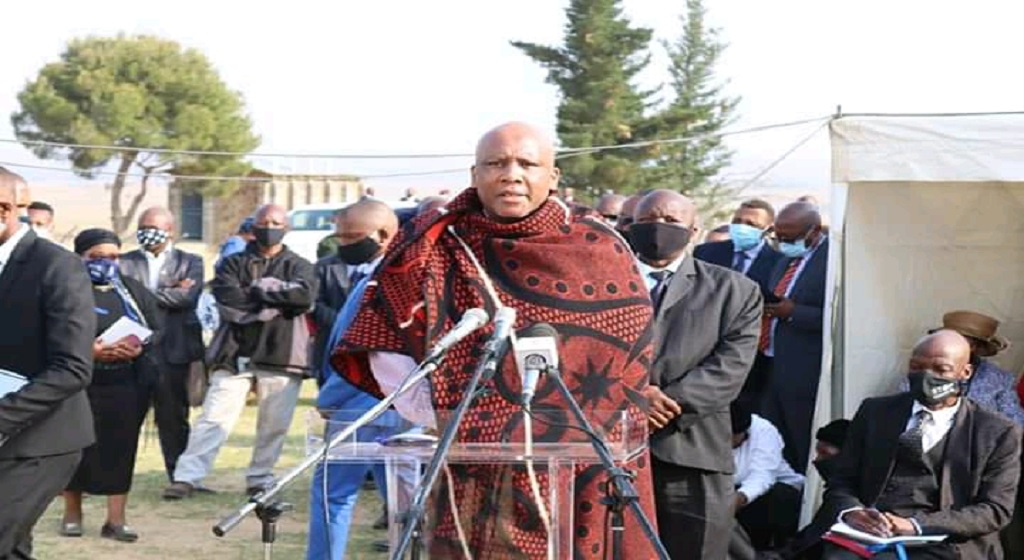 Basotho gathered in hundreds to bid farewell to the late His Excellency Ambassador Ralechate ‘Mokose at his home Kolonyama in Leribe on Friday.

The deceased who passed on in September 13, 2020 in Ottawa, Canada where he served as the Lesotho High Commissioner was praised by various speakers for having been a true committed servant in all positions he held as a diplomat, minister, teacher and farmer. 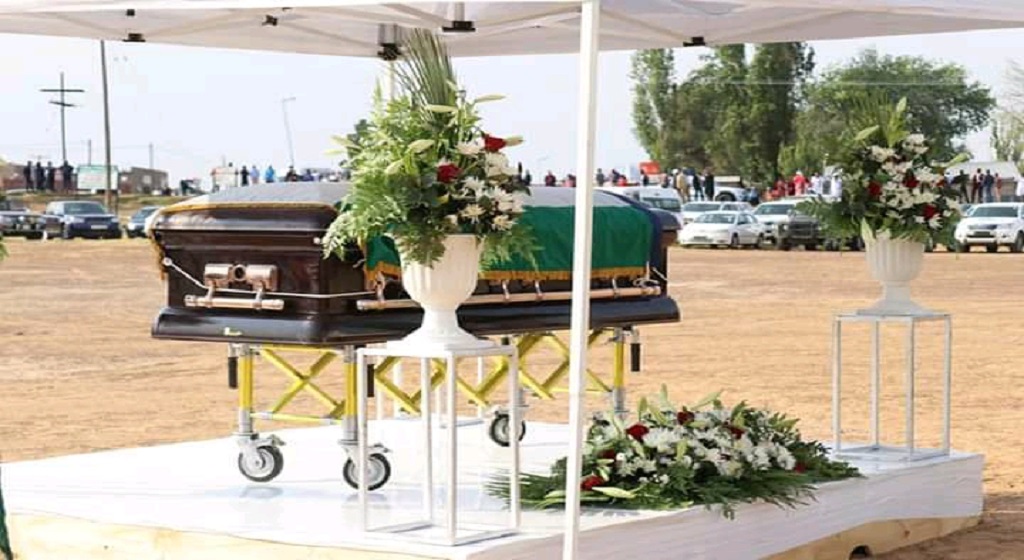 Conveying his condolences to the family and Basotho as nation, His Majesty King Letsie III said all should thank God for the life of Ambassador ‘Mokose as he served Basotho with dedication, saying this shows the love and respect he had for this country.

His Majesty said he knew the late Ambassador while they were studying at the National University of Lesotho as the deceased was active in students’ affairs, commenting that this is where his love for politics began hence his commitment towards the development of Basotho and Lesotho as his country.

He remarked that the country mourns the loss of the Ambassador Mokose, a soldier who was patriotic while serving his country. 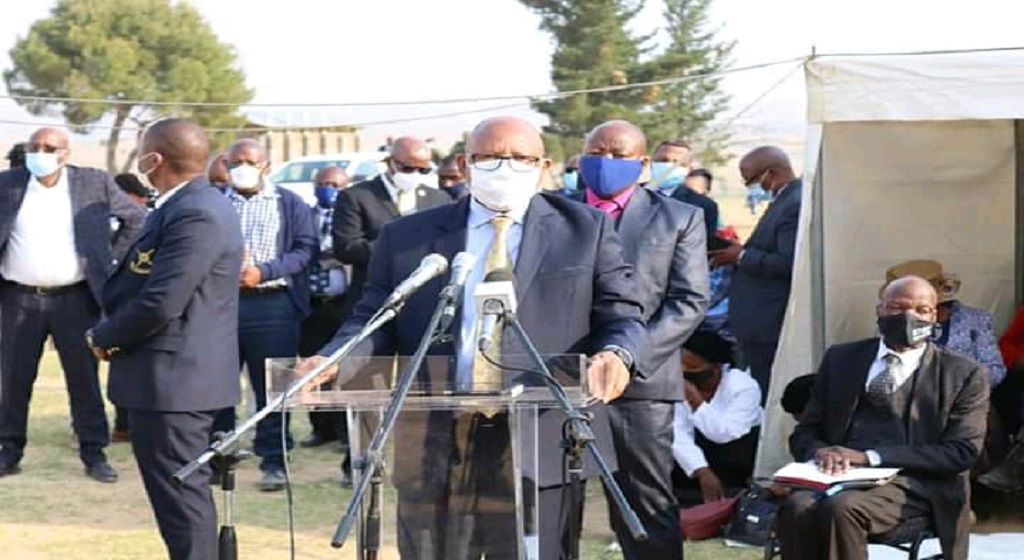 Also speaking, the Prime Minister, Dr Moeketsi Majoro said the country has lost a disciplined, experienced and committed servant, saying he will be missed for his commitment in improving the lives of the underprivileged society.

Dr Majoro said the deceased contributed significantly to the development of this country.

On the same note, the Minister of Foreign Affairs and International Relations, Mrs. Matšepo Ramakoae said the late Ambassador ‘Mokose was a dedicated servant, who served his country with dignity and honour, noting that it was a privilege to have the deceased representing the country in Southern African Development Countries (SADC) and other Nordic countries.

The Principal Chief of Tsikoane, Peka and Kolberg, Chieftainess Pontŝo Mathealira said it is an honour to have worked with his Excellency ‘Mokose, saying he served and unified the Kolonyana community during his tenure as the Minister of Agriculture and Food Security and of Forestry and Land Reclamation through his development projects.

Ambassador Mokose started his political career at the National University of Lesotho where he was the chairperson of the Student Liberation Front. He later became a member of congress parties thus; Basotho Congress Party (BCP), Lesotho Congress for Democracy (LCD) Democratic Congress (DC) and later co-founded Alliance of Democrats (AD).

His Excellency Ambassador ‘Mokose was born on February 24, 1949 at Kolonyama in Leribe. He is survived by his wife, two sons, a daughter and two grandchildren.