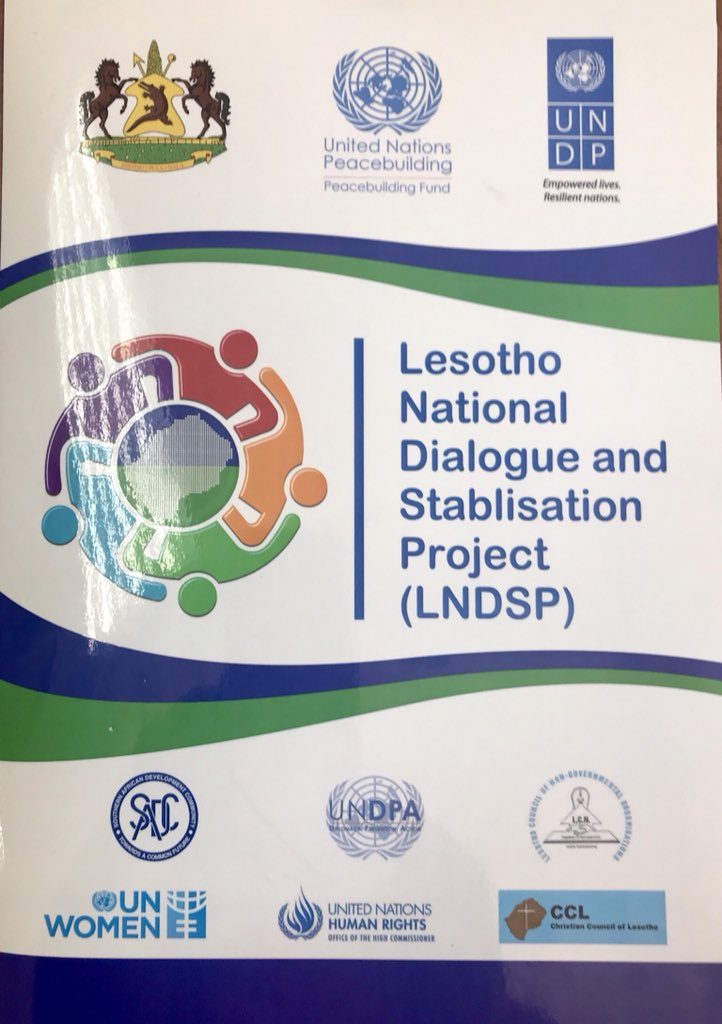 Mr. Selinyane was speaking at the one day stakeholders’ inception workshop for the development and operationalisation of communication strategy regarding national dialogue and reform process held in Maseru on Wednesday.

According to Mr. Selinyane, the government supported by United Nations Development Programme (UNDP) through a project known as Lesotho National Dialogue and Stabilisation Project (LNDSP) are committed towards success of reforms.

He therefore urged the society to focus their attention on reforms for the betterment of the nation and its people.

Sharing similar sentiments, UNDP Deputy Resident Representative, Ms. Christy Ahenkora said the purpose of the meeting was so that all are aware of messages to be communicated to the society for the success of reforms.

She said the objective of the meeting amongst others is to share an inception report regarding the communication strategy, further urging the nation to do reforms in the spirit of the late founding father of the Basotho nation, King Moshoeshoe I.

On behalf of the National Development Planning Committee (NDPC), the Chairperson, Mr. Chaka Ntsane mentioned that the committee is aware of messages to be communicated to different stakeholders.

He further said on February 21, the NDPC will hold the plenary one extension with the aim to endorse the districts guidelines.

The first leg of NDRP was launched by His Majesty King Letsie III in November last year and it is anticipated that those from the districts also receive information pertaining to reforms as well.