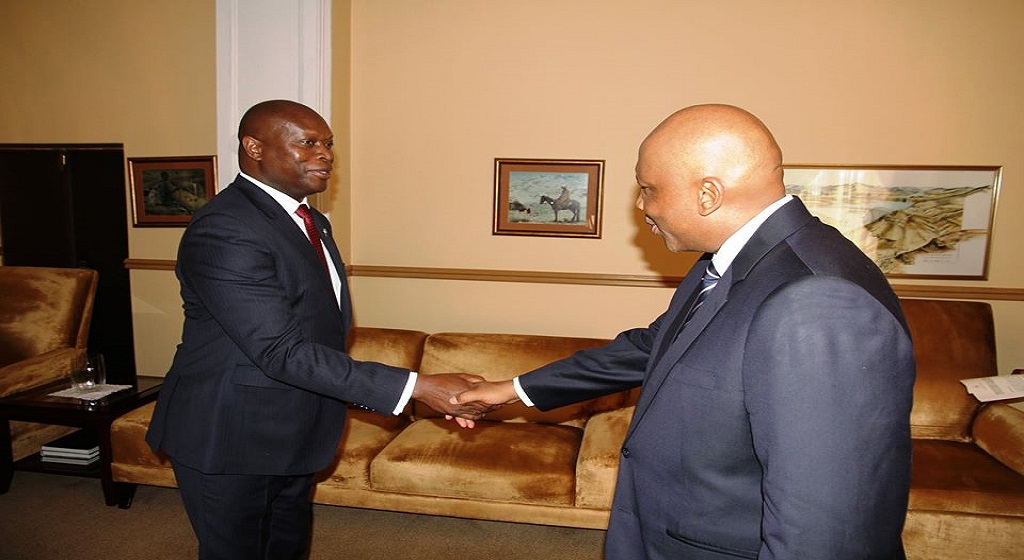 The Ambassador of the Philippines to Lesotho, Mr. Joseph Gerard B. Angeles and the High Commissioner of the Republic of Botswana, Mr. Lameck Nthekela presented their Letters of Credence to His Majesty King Letsie III at the Royal Palace in Maseru on Thursday.

Accepting credential from Botswana, His Majesty said the Joint Commission on Economic and Technical Cooperation (JCETC) is an important tool that could ensure advancement on various sectors between Lesotho and Botswana.

He said the Lesotho government is committed to implement its obligations under this cooperation for mutual benefit of both countries, adding that the appointment of the new High Commissioner to Lesotho will grow ties that existed for decades now.

He said Lesotho continues to enjoy judicial support from Botswana, saying through the facilitation of the Southern African Development Community (SADC), Lesotho is striving to achieve peace and development.

His Majesty assured the High Commissioner of the necessary support from the government and Basotho during his tenure of office.

Presenting his credentials, Mr. Nthekela said Batswana and Basotho consider each other as cousins because of similar values and history both nations share.

He said the JCETC that Lesotho and Botswana signed in 2003 provides platform to monitor implementation of cooperation on various sectors, saying there is need for the two countries to reconvene over the cooperation.

Mr. Nthekela said the reconvening of such platform requires a lot of political will hence appealed for His Majesty’s support so that the initiative would successfully be implemented for future benefit of Botswana and Lesotho.

He commended Lesotho through the National University of Lesotho (NUL) for providing most of Batswana with the opportunity to study at NUL, noting that the current President of Botswana also studied at NUL. 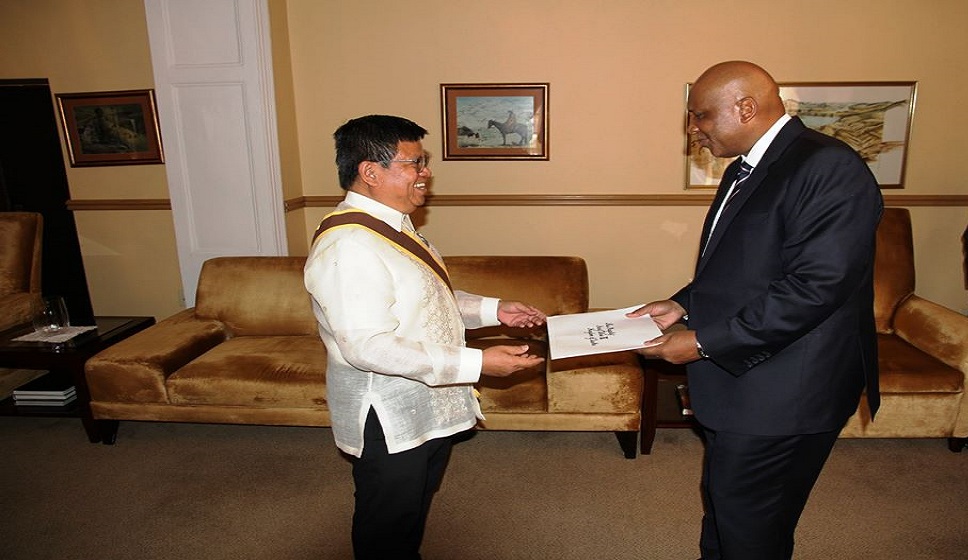 Also presenting the letters of credence, the new Ambassador of the Philippines to Lesotho, Mr. Joseph Gerard Angeles pledged his commitment to further strengthen the relations that exist between Lesotho and Philippines.

He remarked that Philippines staying in Lesotho are contributing to the Lesotho economy hence there is need to strengthen the relations that already exist.

On the other hand, His Majesty said the appointment of Mr. Angeles is a clear demonstration of his country’s desire and commitment to ensure that the relations that already exist are strengthened.

He expressed hope that the bonds of relations will be elevated to greater level for mutual benefit.

His Majesty said both countries share common membership in various organisations, saying Lesotho will continue to explore cooperation in sectors such as sports, culture, health, education and Information Technology to mention a few.