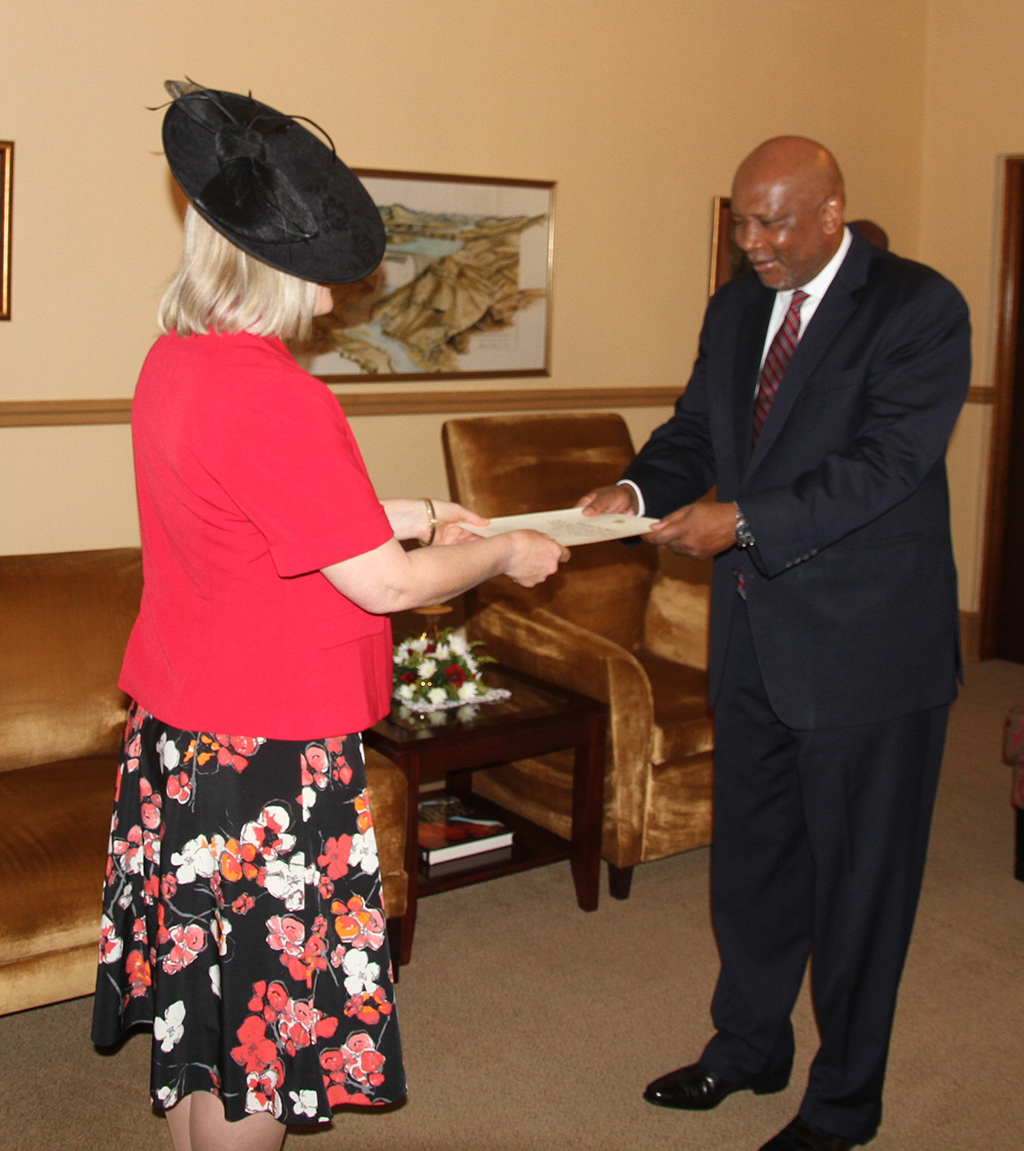 His Majesty King Letsie III has accepted the letters of credence from Britain and Belgium at the ceremony held at the Royal Palace in Maseru on Thursday.

Accepting letters of credence from the High Commissioner of the United Kingdom of Great Britain and Northern Ireland to Lesotho, , Mrs. Angela Mary Elizabeth Macro, His Majesty expressed gratitude to the government of Britain for its decision to reopen a Resident High Commission in Lesotho.

He also expressed appreciation over the first appointment of the High Commissioner since over a decade ago when the High Commission closed operations in the country, expressing hope that she will regard Lesotho as her second home.

He said her appointment signifies Britain’s commitment to maintain and enhance the deep bonds of friendship and solidarity that exist between the two countries which date back in 1868.

He said the country has benefited enormously from the support rendered by Britain government as well as from numerous British non-governmental organisations, indicating that it has provided education opportunities to many Basotho students under numerous scholarship programmes.

His Majesty also thanked Britain for her commitment towards the promotion of economic and trade cooperation between the two countries as demonstrated by the investment promotion forums which were held in London,

When presenting her letters of credence, Mrs. Macro said she will be staying in the country as the first resident British High Commissioner since 2005, saying the relationship between the two countries has remained strong in the years since 2005.

She further said British Ministers have pledged that countries such as Lesotho will continue to benefit from tariff free quota free trade arrangements after Brexit, saying they have provided financial support to ensure that Lesotho is able to join SACU talks and expect to begin delivering a technical assistance programme Britain designed with the government of Lesotho official to maximize bilateral trade.

Meanwhile, when accepting letters of credence from Belgium Ambassador to Lesotho, Mr. Didier Vanderhassel, His Majesty expressed appreciation over Belgium’s valuable assistance executed through multilateral institutions such as the United Nations Agencies and the European Union.

He said the Burgeoning diamond trade that exist between the two countries holds promise for increased commercial ties, mentioning that gems such as the Lesotho promise and Lets’eng Legacy which were sold in Belgium renowned diamond city as one of those ties.

He also expressed hope that the appointment of the Ambassador will open new avenues in other areas of cooperation which will be of mutual interest and benefit of both countries peoples.

Presenting his letters of credence, Mr. Vanderhassel said both countries need to give special attention to identifying sectors, which could contribute to enhancing trade relations, indicating that his country is sensitive to Lesotho’s development challenges and remains committed to contribute to her needs in particular through multilateral programs.

The re-opening of the British High Commission in Lesotho comes after almost 14 years since its closure in 2005.