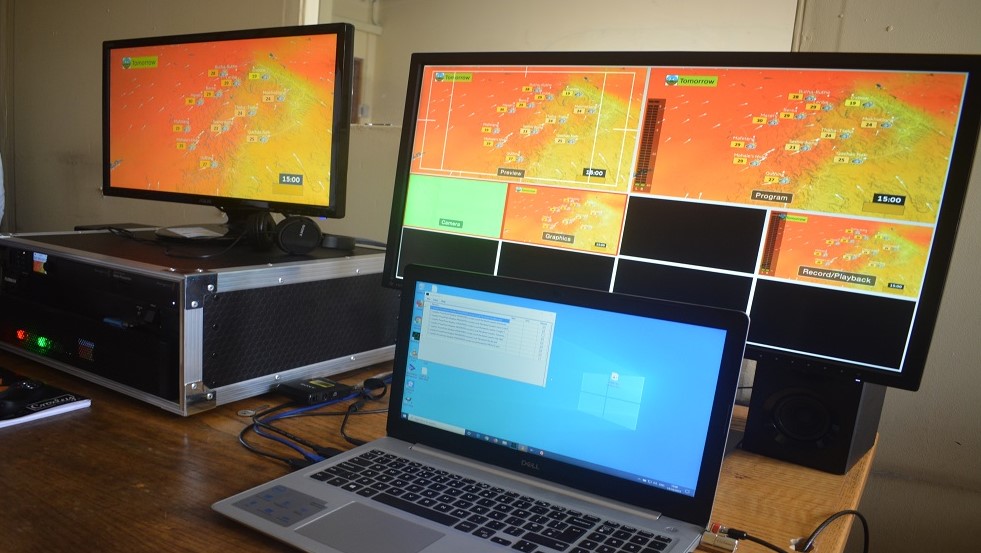 The equipment is intended to strengthen the Department’s ability to provide improved early warnings and day to day weather forecast to Basotho. This marks Lesotho and the United Kingdom (UK)’s Meteorological Services longstanding partnership and assistance on weather services.

Receiving the equipment, the Minister of Energy and Meteorology, Prof. Ntoi Rapapa thanked the UK Meteorological Services for the donation and a two-week’s training included, saying the equipment has come at the right time considering several significant technological advances in the media sector.

Prof. Rapapa commented that though the Lesotho Television (LTV) migrated to new technology, Lesotho’s weather studio equipment was still lacking behind with analogue technology, saying the computing systems were no more compatible with those used by LTV and this impacted negatively on weather broadcasts as forecast pictures were of poor quality because they had to be converted to digital from analogue.

He therefore expressed gratitude to UK Met office that through the UK contributions to the World Meteorological Organisation’s Voluntary Cooperation Programme (VCP) considered Lesotho for upgrades of TV weather studios as it normally extends to National Meteorological services (NMSs) across Africa and in other developing countries around the world.

The British High Commissioner to Lesotho, Ms. Anne Macro echoed the Minister of Energy’s sentiments that there is a long standing partnership between LMS and UK Met Office, noting that more than 16 years ago, UK Met Office provided the initial meteorological installation in Lesotho and continues to provide support when needed.

She noted that HD technology have become a significant order across the globe hence the new studio would enable LMS to provide high quality weather services and broadcast information with the new digital age.

She added that the new system allows more graphics and digital information to be conveyed for flexibility whenever presentations are made and that demonstration seen makes it possible for such presentations on social media.

Ms. Macro commended LMS technicians for the hard work and making the equipment operational, saying the upgrade is part of a wider programme across Africa by which the UK Met Office through the World Meteorological Organisation’s Voluntary Cooperation Programme (VCP) support NMSs.

Lesotho has benefited from the UK Met Office support since the first weather presentation equipment in the early 2000’s and though the equipment only did voice recording at the time, it provided a platform of weather information sharing with the nation. An improved version was introduced in 2007 when the UK Met Office provided Lesotho with graphics software called Weather Eye PC as well as LED Lights and training of presenters.