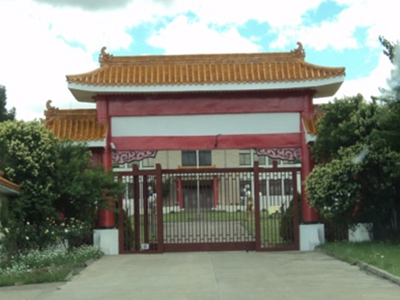 Through its incentive program, the Chinese Embassy in Lesotho on Wednesday awarded certificates and funding amounting to M33,000.00 to each of the six young Basotho entrepreneurs engaged in Small, Medium and Micro-sized Enterprises (SMMEs) at the award giving ceremony held in Maseru.

Speaking at the event, the Minister of Foreign Affairs and International Relations, Mr. Lesego Makgothi said Lesotho has an ailing economy that requires creation of job opportunities and food security, commenting that Basotho need to produce enough food that will sustain them. He stressed that business growth ensures job creation.

Mr. Makgothi said empowerment of entrepreneurs especially youth is vital as it promotes and ensures job creation, noting that youth empowerment can only be realised if they are recognised and assisted to realise their dreams.

The Minister therefore congratulated the Chinese Embassy for the initiative as well as award winners for the benefit, saying the friendship between Lesotho and China is extending to high level.

Also speaking was the Ambassador of China, Dr Sun Xianghua who said according to the Lesotho Bureau of Statistics, there are roughly 15,900 registered businesses in Lesotho among which 75 per cent are micro and small businesses. He further mentioned that the National Strategic Development Plan indicates that an estimated number of employment provided by the micro, small and medium enterprises is 300,000 including those in the informal sector and subsistence agriculture.

He said SMMEs have a potential to contribute to Lesotho’s economic growth, job creation and poverty alleviation, however saying they are also faced with challenges such as technical and management skills, access to appropriate infrastructure, limited access to finance, markets and information.

Dr Xianghua expressed believe that young people are the most innovative and enterprising but mostly affected by unemployment, saying the award is not only intended to provide some financial support to the MMEs owned and run by youth, but to also call upon all to contribute to the continuous growth of such enterprises in Lesotho so that they can become drivers of the country’s social and economic development.

“It is my strong believe that through our joint efforts both from home and abroad, the small and micro enterprises in Lesotho will increasingly provide more jobs, bring more tax income, create more exports and even ameliorate Lesotho’s international trade balance,” he said.

Their businesses range from fashion design, vegetable, wine, dairy and food production as well as Information Technology (IT).

The program is reportedly a response to an appeal made to Africa and the international community during the Pan-African Youth Empowerment Conference held by the African Union Commission in August last year to provide an opportunity for young people to explore opportunities for job creation, entrepreneurship and self-reliance and for them to be effective contributors to their communities and national development as well as to be competitive at the global level.