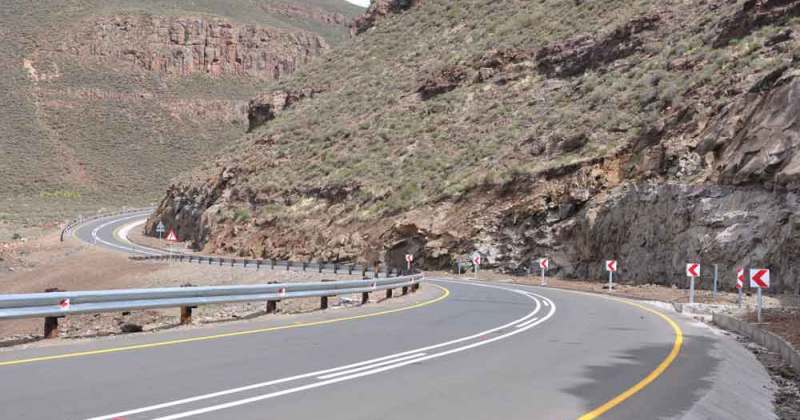 Following various campaigns in different parts of the country since the beginning of the year, the Department of Road Safety will once again engage in a national road safety campaign from December 04 2018 to January 04 2019.

This was revealed by Chief Information Officer in the Department of Road Safety, Mrs. Ntumeleng Nts’ekhe-Moloinyane in an interview on Monday.

Mrs. Nts’ekhe-Moloinyane said the campaign which will officially be launched by the Minister of Public Works and Transport on November 21, 2018 at Ha-‘Majane in Maseru is part of the measures undertaken by the department together with its stakeholders to ensure that the festive season is road accident free.

She added that with the Christmas and New Year’s holidays fast approaching, it is essential for the department to ensure law enforcement and road safety, saying the department can only achieve that through support and cooperation from the public especially road users.

Reports show that about 300 people die each year in the country due to road accidents and further add that government spends over M250 million on accidents.

The 2011 to 2020 period has been declared by the United Nations (UN) General Assembly as a ‘Decade of Action for Road Safety’, due to the concern over increasing road accidents and the increasing number of vehicles on the roads worldwide. The Decade of Action for Road Safety is intended to stabilize and reduce road traffic deaths around the world through increased activities conducted at the national, regional and global levels.

According to reports from the United Nations (UN), the Decade was in 2015 enhanced by global targets under the 2030 Agenda for Sustainable Development, in particular target 6 of Sustainable Development Goal 3 which states. ‘to reduce road traffic deaths and injuries by 50 per cent by 2020’. The main objective is to provide access to safe, affordable, accessible and sustainable transport systems for all by 2030.