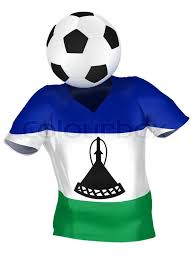 The Minister of Gender and Youth, Sports and Recreation, Dr Mahali Phamotse commended the senior national squad Likuena for the sterling performance against Uganda’s the Cranes at the COSAFA Cup quarter final played in Durban on Saturday.

Likuena beat their rivals 3-2 after a goalless draw in a post-match penalty shoot outs to progress to the regional soccer tournament semi-finals where they will face Botswana on Wednesday, this week.

When approached for comment, Dr Phamotse said she had no words to express her happiness after watching Likuena progress to the next stage of the tournament where she singled out goal minder Sam Ketsekile’s outstanding performance when he saved a penalty before the Cranes missed another spot kick.

She, therefore extended her gratitude to Basotho in general for the unwavering support to the national team as well as the local media and the sponsors.

“We are very proud of Likuena for repeating what they did in the same competition played in Limpopo last year where they reached the COSAFA Semi-finals,” she commented.

Likuena dominated the proceedings against Uganda, which is the same team that inflicted pain in the hearts of Basotho for contributing in the Likuena’s failure to progress to the Africa Cup of Nations (AFCON) finals in Egypt this year.

Motebang Sera and Jane Thaba-Ntso second half goals were disallowed for being offsides but that did not discourage Likuena players from making the sweet revenge by beating the East African invited guests via the penalties.

Uganda beat Likuena twice in the group L AFCON qualifiers 3-0 and 2-0 but went on to lose the final match of the group 3-0 against Tanzania’s Taifa Stars that led to Likuena failing to make history to qualify for the first ever AFCON finals.

In the COSAFA Cup, Likuena will face Botswana’s Zebras, which also eliminated the host nation Bafana Bafana also in a spot kick following a two all draw at the regulation time. The other COSAFA finalists last year’s champions Zimbabwe will face neighbours Zambia in another semi-final.

The prize money for the COSAFA Cup winners is M500,000 plus a trophy and gold medals while final losers will take home M250,000 plus silver medals with third placed team getting M150,000 and bronze medalists. The fourth placed team will win M125,000 with fifth positioned getting a M100,000 consolation prize money.

There are also individual prizes for the man of the match in each one of the games.
Source: LENA 03/06/2019