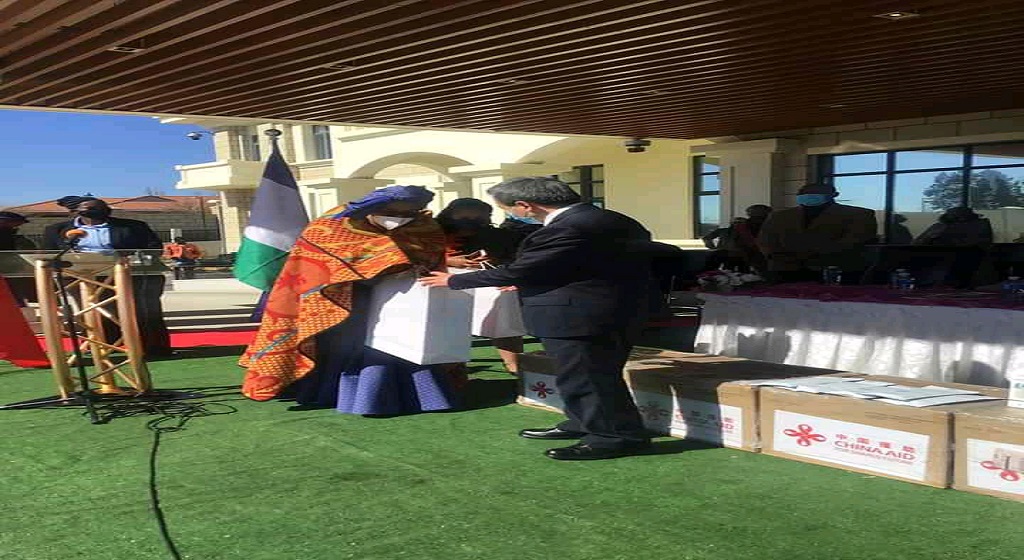 The Office of the First Lady on Friday received a batch of anti-COVID-19 medical supplies comprising of 18, 000 surgical masks and 120 thermometers donated by the First Lady of China, Prof. Peng Liyuan at the event held at the new State House in Maseru.

The Ambassador of China to Lesotho; Mr. Lie Kezhong handed over the equipment to the First Lady, Mrs. ‘Masekoalane Majoro on behalf of his Chinese government. 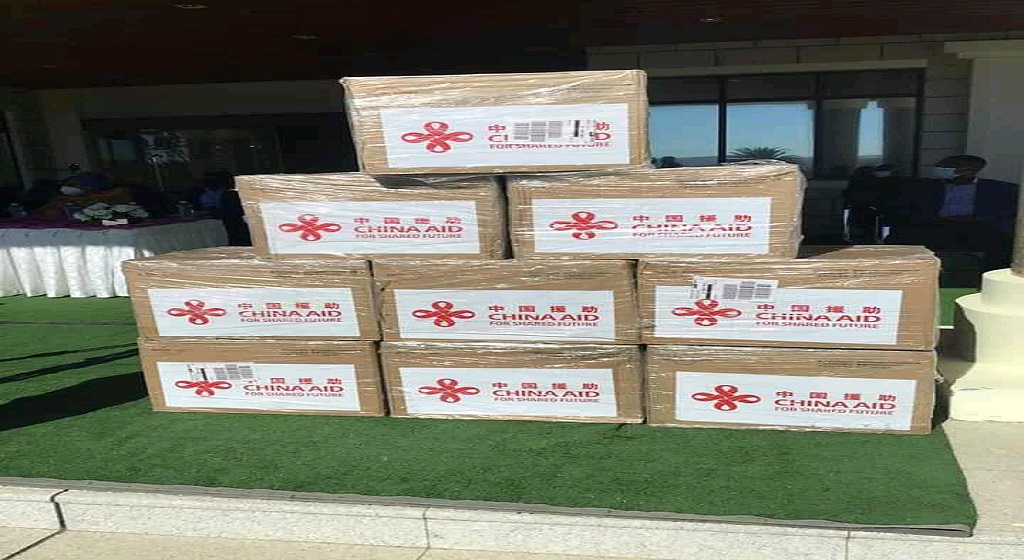 When receiving the donation, Mrs. Majoro expressed her gratitude to the Chinese First Lady, Prof. Peng Liyuan for the generous gift and act of goodwill during these trying times.

Mrs. Majoro remarked that Lesotho like many other countries is faced with this global invisible enemy known as COVID-19, noting that many lives have and continue to be lost because of the nature of this pandemic saying the potential to lose more lives cannot be ruled out.

The First lady therefore thanked Prof. Peng and the Chinese government, saying this donation came at the right time when needed.

“We wholeheartedly acknowledge this initiative born out of the deep-rooted friendship that has existed between our two countries. It spans decades of supporting each other, even at the international fora,” she stressed.

She remarked that the day’s event is further testimony to the demonstration that women should be counted as part of the frontline and a buffer in the protracted war against this global pandemic, noting that this is a war that together with governments must be won at all costs and that Basotho also believe that this too shall pass and all will adapt and return to a new normal.

In conclusion, Mrs. Majoro disclosed how the donation will be used, saying part of it will be used in fumigation campaign thus fumigating old-age homes and orphanages as well as giving out masks to the orphans, the elderly and people living with disabilities.

“We hope this will contribute towards the government’s efforts to flatten the curve of COVID-19 by reducing spread levels,” she said.

When handing over the donation, Mr. Lei Kezhong said it is an honor for him to hand over this gift from the Chinese First Lady, Prof. Peng Liyuan to Mrs. Majoro, noting that the donation is intended to help Lesotho women, children and adolescents in their fight against the pandemic.

Mr. Kezhong mentioned that in April this year, Prof. Peng received a letter from the First Lady of Congo who is also a rotating chairperson of the Organisation of African First ladies for Development (OAFLAD) requesting help for women, children, and adolescents of Africa in their fight against COVID-19.

He said, in her letter of reply, Prof. Peng expressed appreciation for the valuable support of African countries to Chinese people when China struggled to prevent and control the COVID-19 outbreak hence the donation.

“At the same time, Prof. Peng announced that the Chinese government decided to donate anti-pandemic supplies through the OAFLAD to all 53 African countries that have diplomatic relations with China.

He remarked that since the outbreak of the pandemic, China and Lesotho have been standing together and supporting each other as brothers and sisters, saying China has so far donated 5 batches of medical supplies to Lesotho thus 2 from the Chinese government and 3 from Jack Ma Foundation whilst a new batch of PPE from China government is ready for delivery to Lesotho.

The Ambassador further pledged China’s commitment to continue to stand together with Lesotho in fighting this pandemic.

“As long as we are united together and work hand in hand, we will definitely win the battle against the COVID-19 pandemic,” he stressed.

Present at the occasion included the Minister in the Prime Minister’s Office, Mr. Kemiso Mosenene, senior government officials, public servants and the media.