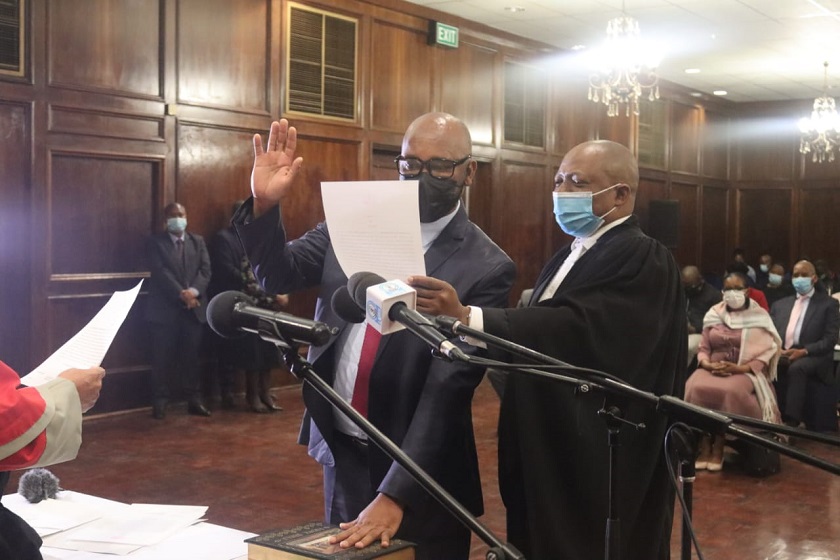 The leader of the Basotho National Party (BNP), also former Deputy Minister of Foreign Affairs and International Relations, Mr. Machesetsa Mofomobe took an oath of office as the Minister of Small Business Development and Cooperatives and Marketing at a swearing-in ceremony held at the Royal Palace in Maseru on Wednesday.

At the same event, the Member of Parliament (MP) for Thupa-Kubu Constituency, Mr. Tséliso Kalake took the oath of affirmation and oath of office as the Deputy Minister of Foreign Affairs and International Relations. 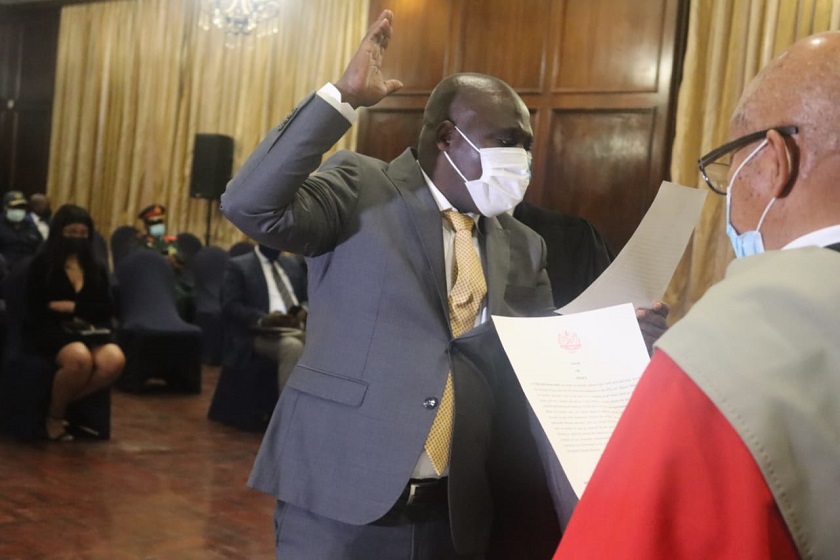 The swearing-in which was led by Judge Tséliso Monaphathi was performed in the presence of His Majesty King Letsie III, the Prime Minister, Dr Moeketsi Majoro, members of the Cabinet, and family members.

In an interview, Mr. Machesetsa Mofomobe said the main duty is to ensure that small businesses and cooperatives are owned by Basotho as this means that the economy will remain in the country as opposed to it being in the hands of foreign investors.

He further mentioned that the ministry must ensure that cooperatives are working hard to succeed as they play a key role in growing the country’s economy.

Also, in an interview, Mr. Tšeliso Kalake said he takes the oath of the office at the time when the world is faced with the COVID-19 pandemic that has affected the world economy Lesotho included, saying he will be joining a team that is faced by many challenges amongst them being challenges brought by the pandemic hence he vowed to work toward improving lives of Basotho.

The ceremony commenced with a prayer led by the Christian Council of Lesotho (CCL).