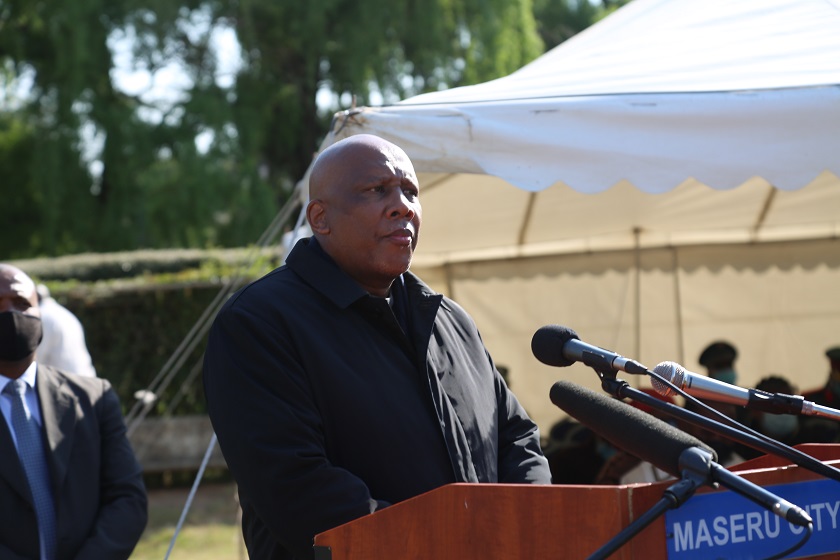 The former Minister of Public Works and Transport, Mr. Tšele Chakela was laid to his final rest in an official funeral held in Maseru on Friday.

Mr. Chakela passed away on September 25 following his long battle with low sugar levels and recovering from an injury after being hit by an unidentified motor vehicle in January.

Passing his condolences, His Majesty King Letsie III urged Basotho to thank God that He loved and respected them by giving them a man who served the country with dedication.

His Majesty said Mr. Chakela was amongst a few who understood the importance of unity and collaboration as a move to bring change and developments for Basotho.

“Mr. Chakela should be an example which many of the ministers should look up to in orders to offer proper, quality services that will benefit Lesotho in a positive way,” he said.

He said Mr. Chakela’s life should be celebrated as he used his knowledge and skills which contributed massively in the development of this country’s infrastructure.

‘He was a man of integrity who had dedicated his time and was fully committed to his job as a minister,’ he said.

The late Mr. Tšele John Chakela was born at Ha Nyenye Hleoheng, Leribe in May 25, 1951. He trained as a Civil Engineer in 1982 at the University of Manitoba in Canada after completing his BSc in Applied Maths/Physics at the same university in 1977.

After completing his studies, Mr. Chakela started work in Canada where he worked at UMA Engineering (Ltd) as the Project Engineer from 1986 to 1990 whereby he also worked for Poetker Maclaren Engineering (Ltd) still as Project Manager from 1990 to 1997 when he decided to come back home

In his return to Lesotho, Mr. Chakela worked in number of places including the Maseru City Council working as the City Engineer from 2000 to 2007 when he was appointed the Minister of Public Works and Transport from 2007 to 2011.

He also worked in several companies that include Maputsoe Developers (Pty) Ltd as Project Director as well as Chakela Consulting.

He is survived by his wife, two sons, two daughters and his niece.