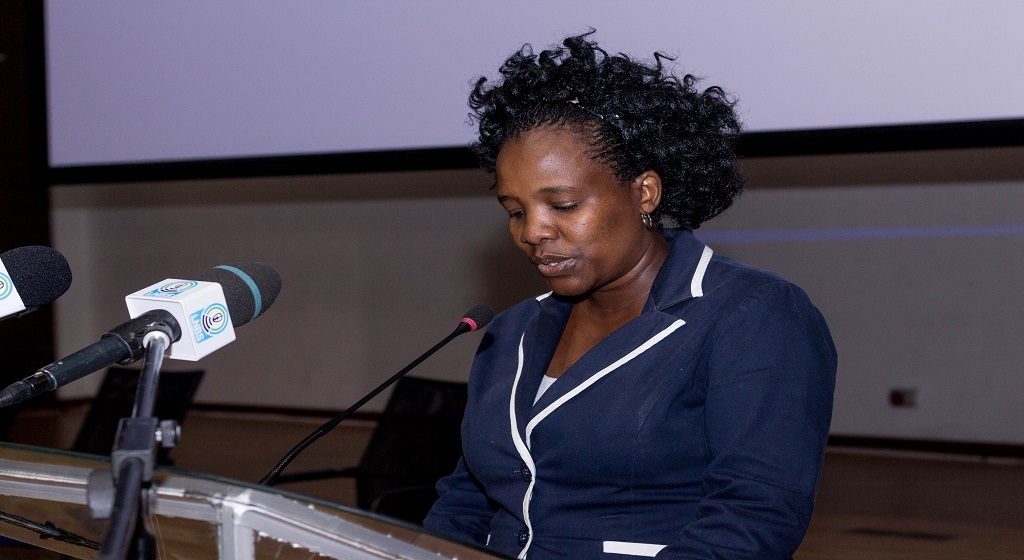 The 2019 global theme ‘Expand their horizons and change attitudes’ aims at encouraging the girl child to pursue Information and Communication Technology (ICT) as a career.  The event led by the Ministry of Communications, Science and Technology, brought together the Lesotho Communication Authority (LCA), private sector and academia to enlighten motivational sessions attracting school-leaving girls from different high schools.

The sessions brought to them various role models and strategies on succeeding in the ICT industry commonly regarded as a men’s dominating environment.

Officiating the event on behalf of the Ministry of Communications, Science and Technology, the Deputy Principal Secretary (DPS) of Communications, Science and Technology (MCST), Mrs. ‘Manaleli Phafoli called on girls to honour the day because it gives them new hope to realise that they have the potential to do anything they want thus encouraging them to stop from seeing ICT as only belonging to men.

Mrs. Phafoli thanked the organisers, saying the Ministry would still be celebrating the event in the next three months and in the same token pledged that the same Ministry would sponsor flight tickets for six girls due for participation of and representing Lesotho at the Pan-African Robotic competition in Accra, Ghana later this year.

She therefore urged girls to heed the theme in remembering that a girl child also has the potential that a boy child has. It was meanwhile during one of the sessions that the Central Bank of Lesotho (CBL)’s IT Governance and Programmes Specialist, Ms ‘Mamochochi Selialia asserted that trying to bridge the gap between IT and business world is important because IT is seen as a black hole in which nobody knows what is happening. Mrs Ithabeleng Chabana said cautioned there is need to be of the security implications on things done on the internet.

Also present was a Psychological Counsellor at the National University of Lesotho (NUL), Mrs ‘Malisemelo Sefotho who talked to help them make sense of their experiences, good and bad. She said she is there to help the girls see the light where the world has made them see darkness, made to feel unworthy and incapable hence encouraged them to let labels pass them by but make their own affirmation that they are strong.

“You can do it despite all else amid the challenges the world throws at you,” said Mrs Sefotho and emphasising that they are the best labellers of themselves.