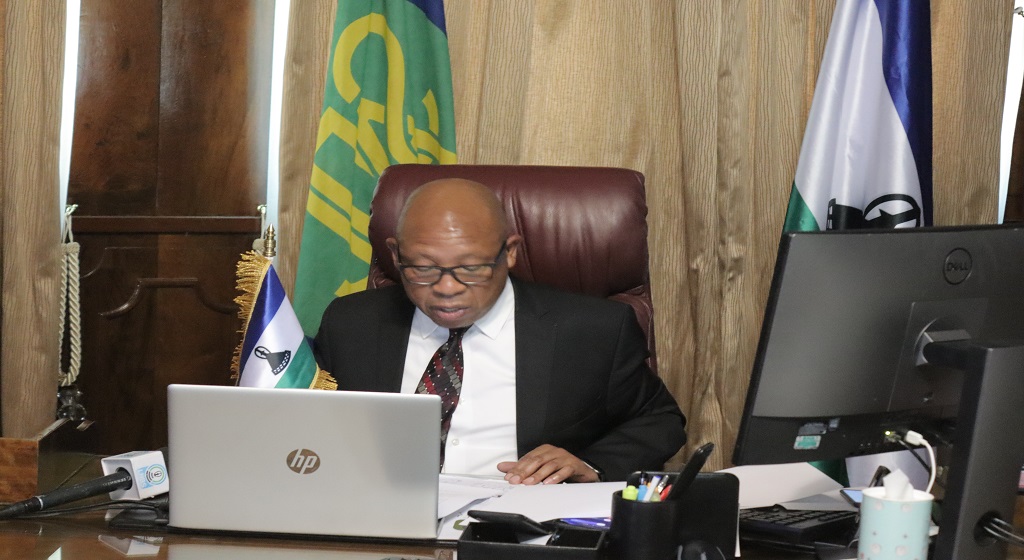 The Prime Minister, Dr Moeketsi Majoro says his government has identified the fight against COVID-19, Food Security, National reforms, reconciliation and national unity, political stability as well as to rescue the country’s economy from the ravages of COVID-19  and creation of jobs for youth and the people as pillars to ensure that they render functional government with concrete deliverable benefit for Basotho.

Dr Majoro said this when addressing the Heads of State and Government at the 40th Southern African Development Community (SADC) Ordinary Summit, which took place under the theme: ‘40 Years of Building Peace & Security and Promoting Development and Resilience in the Face of Global Challenges.’

He said his government came to office at the challenging and difficult time when the world is faced with the deadly pandemic, which uproots and transformed lives forever, however noting that they have mapped their strategies on how government will fight COVID-19.

He mentioned that government has recently launched COVID-19 testing facility that is spearheaded by the National COVID-19 Secretariat (NACOSEC) working hand in hand with the Ministry of Health, saying this facility has capacity to conduct 2000 tests daily.

He expressed his believe that Africa will combat COVID-19 and return to its normality.

Assuming the SADC chairmanship, President Filipe Jancinto Nyusi of Mozambique thanked Heads of State and Government as well as the outgoing chairperson for the excellent work done hence promised to drive the organisation to the new heights.

He added that by accepting the mandate to chair SADC, he will depend on the support of every member.

On the other hand, the President of Botswana, Dr Mokgweetsi Masisi assumed the chairmanship of the SADC organ on politics, defence and security, taking the baton from President Emmerson Mnangagwa of Zimbabwe.