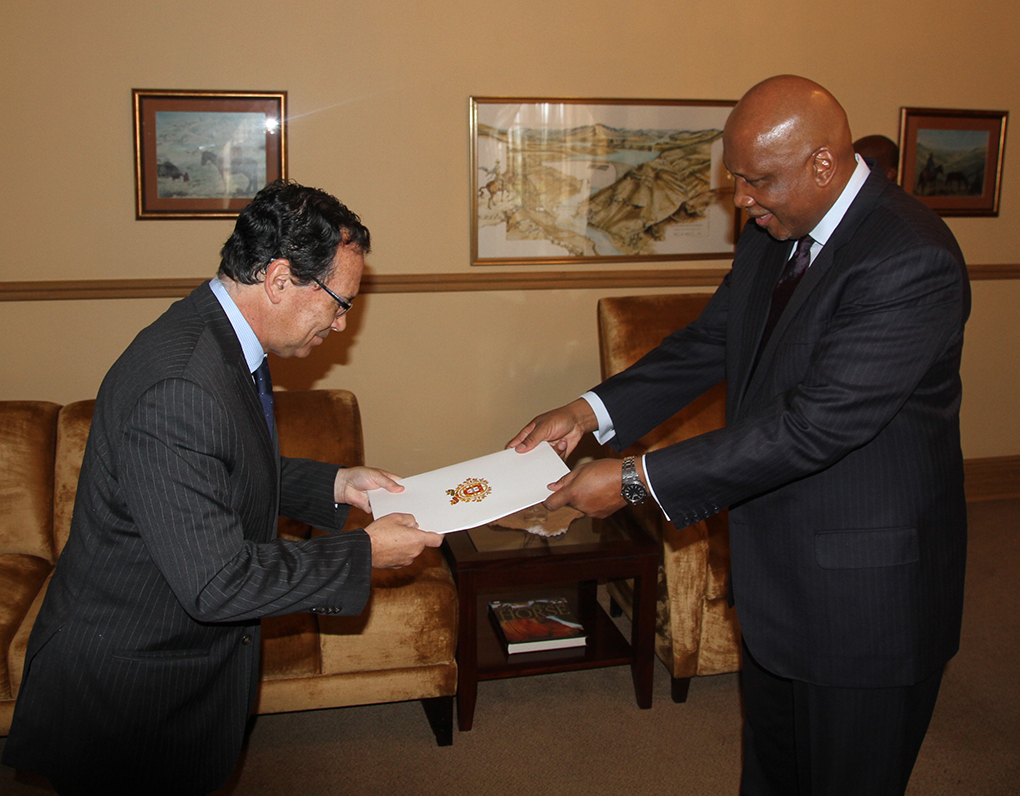 This, he said when accepting letters of credence from Mr. Carvalho at the Royal Palace on Thursday.

His Majesty said bonds of cooperation between the two countries are based on shared values, principles and aspirations for international peace and development.

He added that the similarities between both countries on major issues in the international arena made it possible for Lesotho to support Portugal as a candidate for a seat in the Human Rights Council from 2015 to 2017.

Again, he said there is need for both countries to further strengthen their relations in the areas of infrastructure, Information Communication Technology and water management among others.

In conclusion, His Majesty assured the Ambassador of the country’s unwavering support during his tenure of office.

When presenting his letters of credence, Mr. Carvalho said his appointment as the Ambassador will strengthen the bilateral relations between the two countries in all areas for the mutual benefit of their people.

He said his country is encouraged by the ongoing national dialogue and the reforms as they will benefit Basotho.

Mr. Carvalho pledged to strengthen the existing relations between the two countries during his tenure of office.