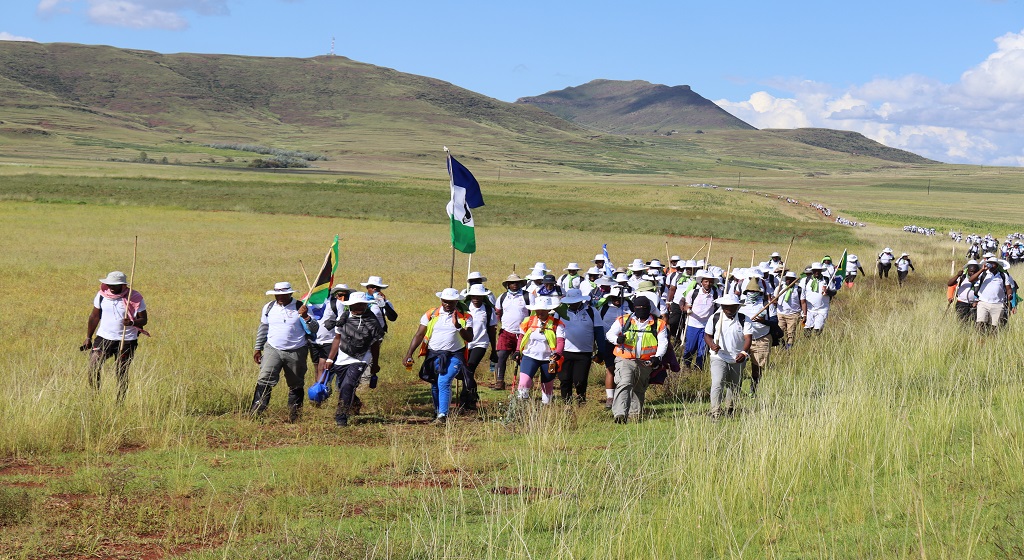 His Majesty King Letsie III congratulated participants of the 2020 Moshoeshoe’s Walk for making the initiative a success.

Her Majesty Queen ‘Masenate Mohato Seeiso also participated and again, she made it to the finish leading the walk which attracted participants from Botswana, South Africa and Zambia. 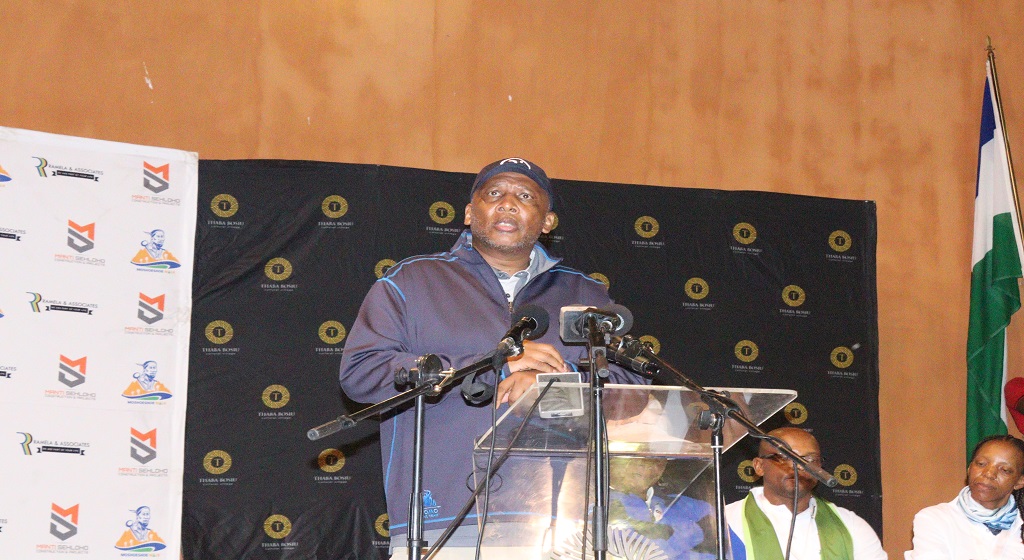 Addressing the masses during the closure of the three-day Walk held in Thaba-Bosiu on Saturday, His Majesty said he is amazed at the zest and dedication that participants walked and maneuvered the terrain over these days.

“I appreciate much of your insatiable appetite for pain,” he said jokingly congratulating them, and expressed hope that all those who participated in the walk enjoyed despite the pains that come with it.

In conclusion, His Majesty expressed his hope that the walk has continued to unify people from different countries and cultures, saying it is something signifying what the founding father of the Basotho nation stood for. He added that he was a great unifier himself as he made one nation out of all tribes who came from across all nations.

Also speaking, the Organiser and brains behind Moshoeshoe Walk, Mr. Thabo Maretlane thanked Their Majesties for being part of the walk even now when people feared due to Coronavirus (COVID-19) outbreak and chose to stay at their homes.

He expressed his gratitude to Their Majesties for their selflessness in participating in the Walk, saying this is humbling hence wished them a long healthy life.

Mr. Maretlane thanked sponsors for making the walk possible even when he thought it would not happen this year, further commending international participants who came to join the walk.

Speaking at the same event, Sheila Malale from Botswana said they feel at home because Lesotho is like the second home to them and thanked Basotho for their hospitality. She also thanked Mr. Maretlane and his team for a successful event and promised that they will continue to participate in future.

She commented that this event is similar to the one of Batswana which she said supports charity and unites Africans and the international community.

“It is an event that challenges us as human beings, so we are united as humanitarians, so let us come in numbers,” she said, expressing her expectation to see such participation in Botswana’s Makgadikgadi Pans Walk.

She added that Makgadikgadi Pans Walk is a similar initiative done over three days and another initiative is a Dessert Bush walk, saying both happen in July hence extended the invitation to their Majesties who she said will be special guests.

The Moshoeshoe Walk starts from Menkhoaneng in the Leribe district to Thaba-Bosiu. This annual event that began in 2007, happens in March and attracts local and international participation.