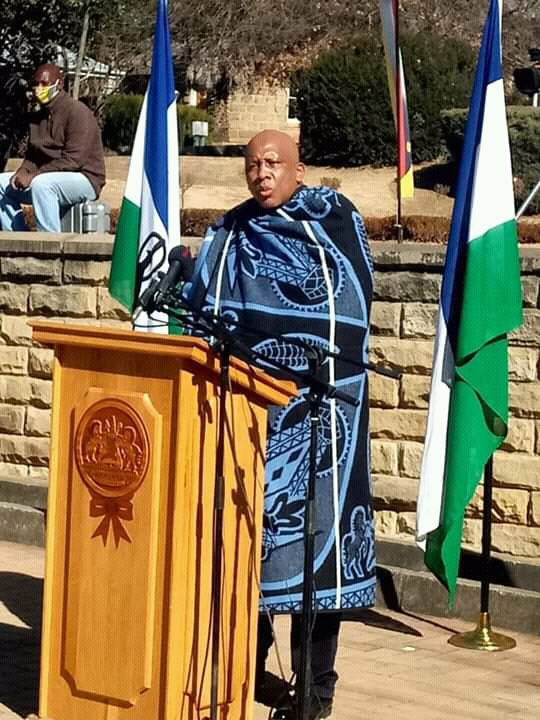 His Majesty King Letsie III on Friday, presented a M2 million cheque to the Minister of Health in support of the fight against COVID- 19 pandemic.

This happened at the event held at the  Royal Palace in Maseru to mark the 57th King’s Birthday.

Speaking at the event, His Majesty remarked that this year’s King’a Birthday is not worth celebrating as many people continue to be infected while Lesotho has lost its three citizens due to coronavirus.

“This year, we felt the Christian Council of Lesotho (CCL) had to come to deliver a special prayer as part of the fight against this invisible enemy of COVID-19,” he stressed.

Again, His Majesty emphasised the need for Badotho to abide by the life saving measures and guideline by the World Health Organisation (WHO) and the Ministry of Health which are intended to curb the spread of the virus.

He expressed his gratitude to all individuals and groups that extended their unlimited support in the fight against coronavirus, urging for continuous support against this pandemic.

In conclusion, His Majesty appealed to the entire nation to stay safe and avoid unnecessary travelling, further appalling to the government to allow civil servants to work from home except for essential service providers.

King’s birthday is an annual event marked on this date (17 July), but this year has been different since both national celebration, which was to take place in Berea and districts celebrations were cancelled due to COVID-19 pandemic. 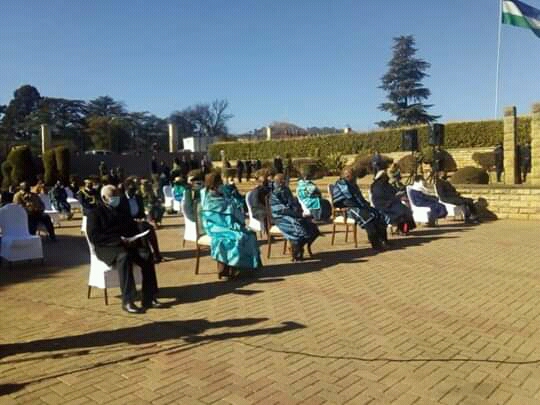 Present to.Grace the event were the Prime Minister, Dr Moeketsi Majoro, members of CCL who led the day’s prayer and some of the Cabinet Ministers.

Meanwhile, a moment of silence was observed in remembrance of those who died of this pandemic, and to support those infected and affected