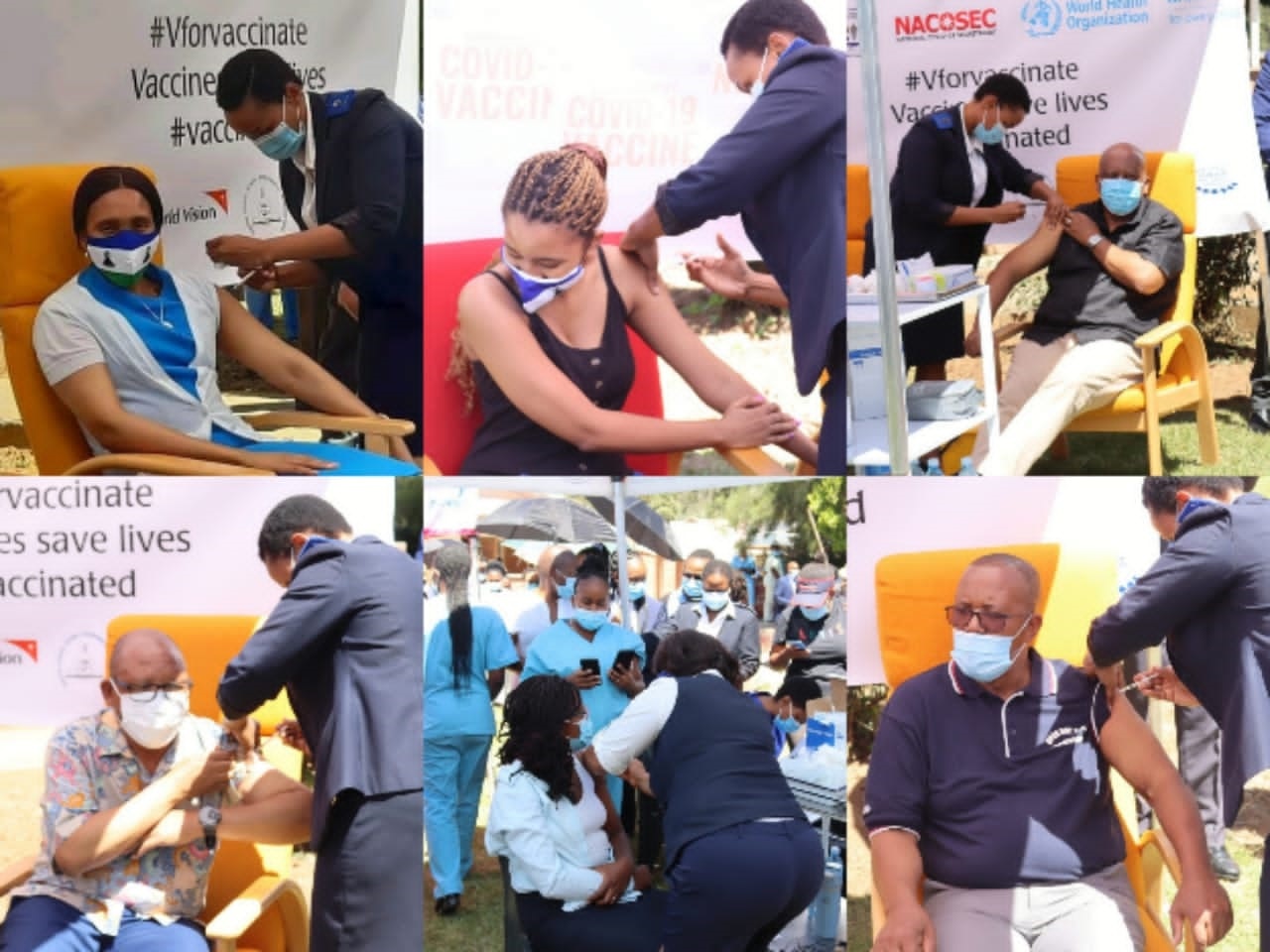 Their Majesties King Letsie III and Queen ‘Masenate Mohato Seeiso as well as  Princess Senate were the first Basotho to be vaccinated.

On March 04, Lesotho received her first batch of 36,000 doses of AstraZeneca.

Since it has been reported that a person can be vaccinated on the arm of their choice, His Majesty was administered on the right arm while Her Majesty and Princess Senate were vaccinated on left arms.

They were followed by the Prime Minister, Dr Moeketsi Majoro, Minister of Health, Mr. Semano Sekatle and other officials.

Speaking briefly at the launch,  Mr. Sekatle thanked their Majesties for honouring the request to be vaccinated first.

He noted that according to researchers conducted by South African experts, AstraZeneca is similar to Johnson and Johnson vaccine hence there is no reason for the government not to use it. He added that clinical trials have shown that AstraZeneca is effective against the mild and moderate virus.

He added that it does not prevent one from contracting the disease,  saying the importance of the vaccine is to prevent people from falling severely sick or die because of the disease.

On behalf of Scott hospital, the  Nursing Sister ‘Mannete Raphoolo said Scott hospital workers were affected by COVID-19 as the majority of them contracted the virus, therefore expressed appreciation to the government for the vaccine.

She said the vaccine reduces the chances of getting sick hence appealed to Basotho to continue adhering to COVID-19 protocols despite the availability of the vaccine hence wear masks, wash hands with soap and running water as well as keeping social distance.

She added that the vaccines are administered in two doses, saying those who have been vaccinated today (Wednesday) will get their second dose after 12 weeks.

Meanwhile, out of the 2 million people who make the Lesotho population,  at least 1.6 million people aged from 16 years and above are expected to receive the vaccine.

COVAX has earlier this month delivered 20 million doses of vaccine to 20 countries including Lesotho.