Addressing participants at the cleaning campaign, His Majesty said it is high time Basotho engage in taking care of the environment by not only picking plastics but also taking care of the land in general like pastures and grazing land. He therefore appealed to Basotho to teach children about the importance of a clean environment.

He thanked the Prime Minister, Dr Moeketsi Majoro for initiating Operation Hloekisa Lesotho, saying in the past when growing up there used to be a cleaning campaign in the country and that kept the environment clean.

He expressed his wish to see the initiative becoming a success and a Basotho’s daily part of living.

Operation Hloekisa Lesotho was launched by the Prime Minister, Dr Majoro on September 18, 2020 at Pitso Ground in Maseru. 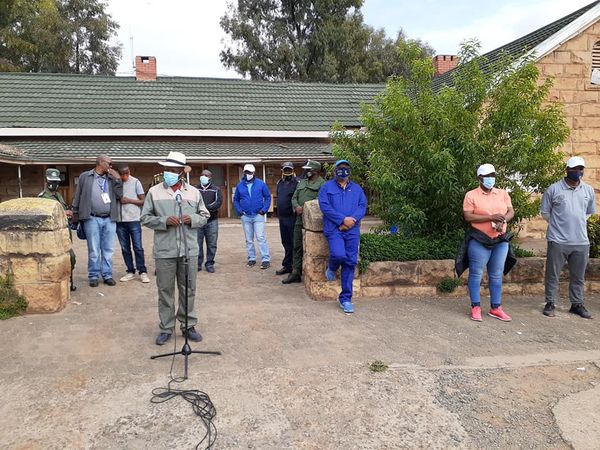 The Minister in the Prime Minister’s Office, Mr. Kemiso Mosenene together with the Minister of Communications led the operation in Quthing.