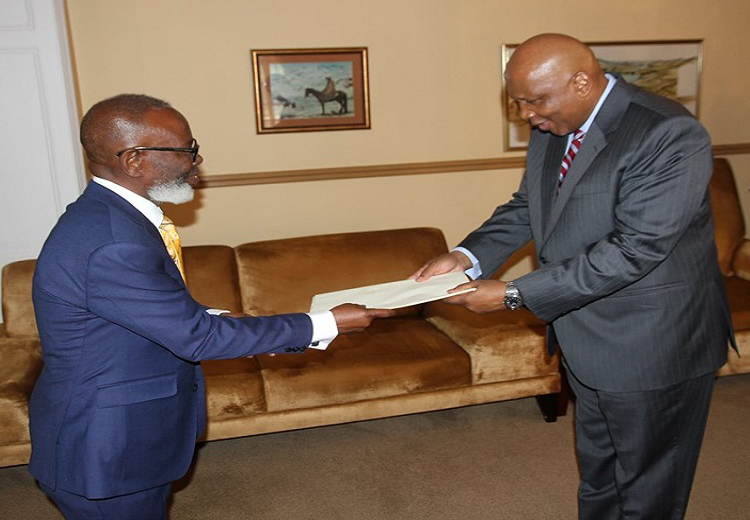 His Majesty King Letsie III says African countries should work together in a fight against climate change to mitigate as well as finding permanent solution to this challenge.

His Majesty said this when receiving letters of credence from the High Commissioner of the Republic  of Ghana to Lesotho, Mr. George Ayisi-Boateng at the Royal Palace on Thursday.

He remarked that the reform of United Nations (UN) is long overdue, adding that Africa needs to speak in one voice in order to be heard.

He commended Ghana for its contribution in the liberation of Africa, noting that Africans should join forces in order to end poverty.

His Majesty said Lesotho is ready to learn from Ghana’s vast experience in different sectors that include natural resources development and agriculture development.

Presenting his letters of credence, High Commissioner of the Republic Ghana to Lesotho, Mr. Ayisi-Boateng thanked His Majesty for his support when Ghana was appointed as secretariat of African Continental Free Trade Area (AfCFTA).

He commented that there are many Ghanaians living and working in Lesotho, saying these include various fields like teaching and medical fields.

He said Lesotho and Ghana have some shared African values, saying it is vital to build upon them and establish new avenues.

He further highlighted that together these two countries should join efforts to advance noble gestures of the UN. 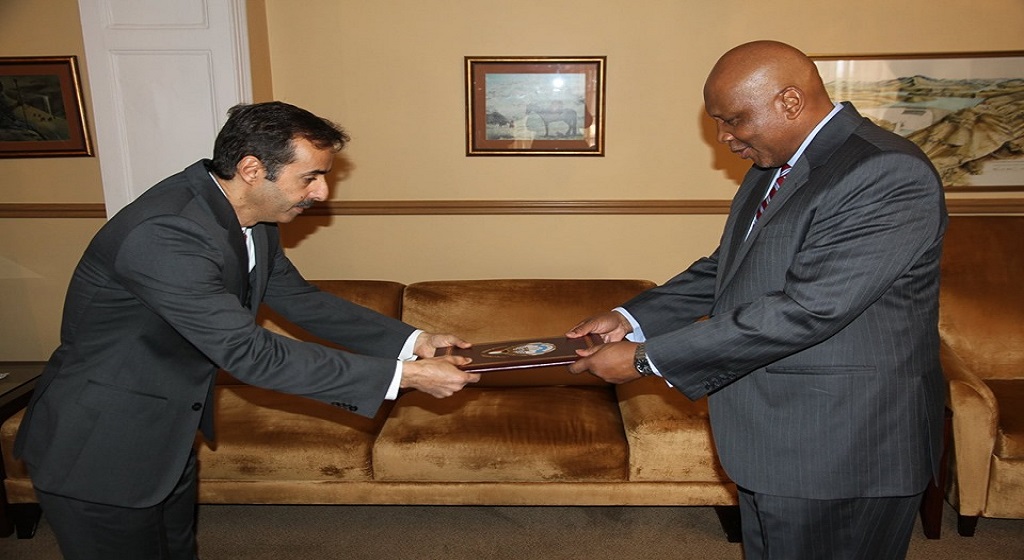 Meanwhile, when accepting letters of credence from the Ambassador of the State of Kuwait, His Majesty said Kuwait finances a wide range of infrastructure in Lesotho in various sectors, citing  roads, water and sewage infrastructure.

He added that Kuwait has also committed itself to revitalise Moshoeshoe I International Airport facilities, noting that this will contribute to economic development of the country as some sectors such as tourism will be transformed due to this.

Presenting his letters of credence, Ambassador Ayman Mohammad Yousef Al-Adsani said Lesotho and Kuwait have always had good relations, noting that the two countries are good economic and political partners.

He said during his tenure as Ambassador of Kuwait to Lesotho, he will seek guidance from both His Majesty and the government of Lesotho.

Cordial relations between Lesotho and Kuwait have been running for over three decades as it was in 1978 when the state of Kuwait extended economic assistance to Lesotho in the form of construction of Moshoeshoe International Airport.