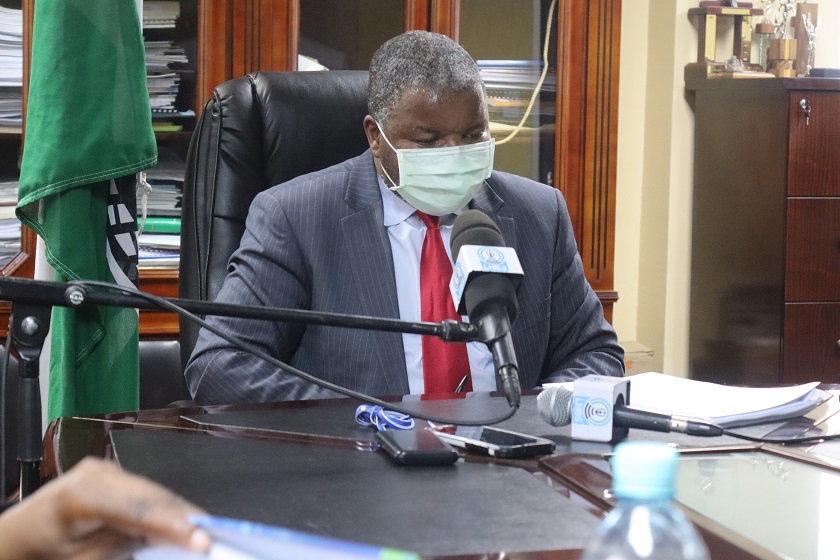 The Ministry of Home Affairs has suspended the issuing of a residence permit with immediate effect.

This follows allegations of human trafficking in the country.

The Minister of Home Affairs, Mr. Motlalentoa Letsosa announced this at a press briefing held in Maseru on Monday.

Mr. Letsosa said the ministry has launched an investigation on the matter saying a report will be given after three months.

He said the three months period will allow them to cross-match their records with physical evidence to avoid the suspicions which will, in turn, give them the leeway to take appropriate measures against the alleged persons.

“We suspect that there are people who hold our citizenship but do not reside in this country though using it as a transit point to infiltrate other countries,” he said.

The Minister expressed concern that the act will taint the country’s relations with neighboring as well as Commonwealth countries whereby Lesotho citizens are not required to provide visas, saying holding this citizenship allows them to skip the screening requirements made by those countries.

Mr. Letsosa said they will also review the indefinite permit regulations as it is also a major concern as to whether the holders abide by the regulations as required.

He said most indefinite permit holders are into business saying to monitor this situation, they will check the type of business holders are into to avoid foreigners owning small businesses operating from sharks and taking the business that belongs to Basotho.

“Proper investigation will be carried out whereby we will check the tax clearances if indeed the particular business is making a profit and contributing to our economy. It is our duty to make sure that everyone meets the entry requirements,” he mentioned.

The Minister stressed that in an event where a person does not meet the requirements, such persons will be required to return to their own countries to avoid them being taken to courts as they may obtain bail whilst they are waiting to appear in court, stated the minister.

In conclusion, Mr. Lestsosa announced that the passport offices are still issuing passports to Basotho, however saying all applicants are expected to adhere to COVID-19 protocols as stipulated by NACOSEC and the World Health Organisation.

“Since when on Purple colour stage, COVID-19 regulations allow workers, students and the sick to cross the border hence we will only issue passports to those people and they will be asked to provide supporting documents”, he explained.