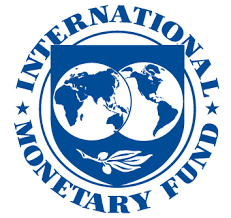 The International Monetary Fund (IMF) will provide a total of M800 million to the Government of Lesotho as an emergency funding to support strategies addressing COVID-19, the Minister of Finance, Mr. Thabo Sophonea revealed on Monday.

This, he said was after the IMF Executive Board approved Government’s request such funding coming from the IMF’s Rapid Credit Facility (RCF) and the Rapid Financing Instrument (RFI) which he said will boost Lesotho’s foreign exchange reserves and allow the government increase spending to combat COVID-19 without endangering foreign exchange adequacy necessary to guarantee the peg between the Loti and the Rand.

‘It will also help government in its efforts to engage with other development partners for additional support towards combating COVID-19 and its effects,’ he said adding the funding will help Lesotho meet urgent balance of payment needs arising from the outbreak.

With the effects of COVID-19 on global, regional and domestic economies severe, Minister Sophonea noted that Lesotho’s economy is projected to contract considerably in 2020 by three percent or more, saying the contraction in output is expected to be led by a decline in economic activity in the textile and clothing, construction and mining industries.

He added that growth is expected to recover only in 2021 but subject to containment of COVID-19.

On the other hand, the Finance Minister remarked that the Lesotho’s economy was already facing challenges even before the pandemic with low growth rates for several years whilst at the same time government budgetary operations have become complicated largely on account highly volatile, attributing this to decline in revenue collection from the Southern African Customs Union (SACU), which constitute about half of total government revenue and Lesotho Revenue Authority (LRA) as the economy slows down.

Mr. Sophonia however said Lesotho has a relatively well-developed social welfare assistance system, which he said goes a long way in mitigating the country’s high poverty levels though unemployment remains unacceptably high and a major concern to the government.