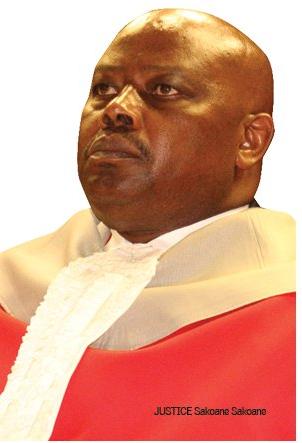 This he said during a media briefing where he said letter of appointment has been served to the new Chief Justice, adding that it is now a matter of handing over from former acting Chief Justice ‘Maseforo Mahase.

He congratulated Chief Justice Sakoane for accepting such huge responsibility, which he expressed hope  will work towards enhancing the judiciary services from local courts to the High Court.

He added that government was not satisfied with the judiciary services hence it advised itself to appoint substantive Chief Justice.

“The plan was to appoint people in substantive positions after completion of National Reforms but as government we advised ourselves against that because we realised that we cannot replace somebody acting with another one on acting position,” he explained.

Meanwhile, according to Legal Notice No.119 of 2020, His Majesty King Letsie III made the appointment pursuant to section 120 (1) of the Constitution of Lesotho and acting in accordance with the advice of the Prime Minister.

The Legal Notice further stated that the acting appointment of office of Chief Justice Notice 2018 is repealed.