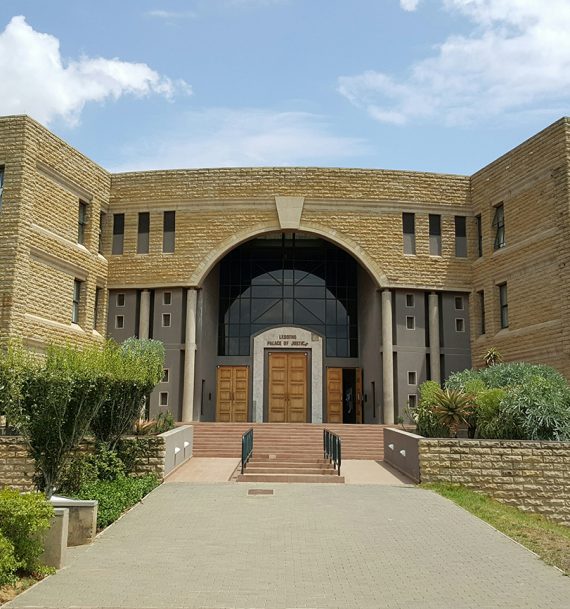 A well-funded judicial service is the indispensable fulcrum around which any modern nation’s socio-eco political development, transformation and stability revolve.

This is according to the Acting Chief Justice ‘Maseforo Mahase when delivering her speech during the ceremonial opening of the High Court 2019 session on Friday.

Acting Chief Justice Mahase explained that Lesotho’s judiciary is in dire need of sufficient funds for it to be run smoothly against the current annual budgets that are always cut by the government.

She said in the fiscal year 2018/2019, the judiciary budget allocation took a huge unprecedented cut of M26, 307, 683.25, the cut which spells initially a familiar death toll to the judiciary’s faint hopes of servicing any debts, let alone paying for any operating costs.

She said if this worrying scenario is allowed to persist, it is not the judiciary personnel who will only suffer but the justice starved and service starved impoverished and demoralized nation that will also suffer immeasurably.

She further pointed out that starving the judiciary of any meaningful funding promotes instability, erode public confidence in the rule of law, promotion of human rights and ultimately promote a nation of believers in the evil of self-help because the judiciary simply cannot discharge its constitutional mandate.

Acting Chief Justice commented that a well-funded judiciary is a catalyst and bedrock of economic development, human rights, rule of law and attracts investors both foreign and domestic and further that it is also a catalyst for economic growth and promotes a vibrant economy.

Over the years, she said, the judiciary has become notorious for never paying its dues and as a result has become infamous at the treasury for always requesting approval for supplementary budget.

She further remarked that Lesotho has judiciary personnel that is determined to serve its justice starved nation and that its (judiciary) promise is that despite the doom and gloom, the judiciary will never shirk its noble calling to serve its people irrespective of these hardships.

The Acting Chief Justice’s speech also covered among other topics, the challenges the judiciary faced in 2018 across the entire country, how many cases were covered and dealt with in all districts as well as challenges judicial officers face among others.

The High Court has a total of 14 Judges inclusive of the Acting Chief Justice and President of the Court of Appeal.