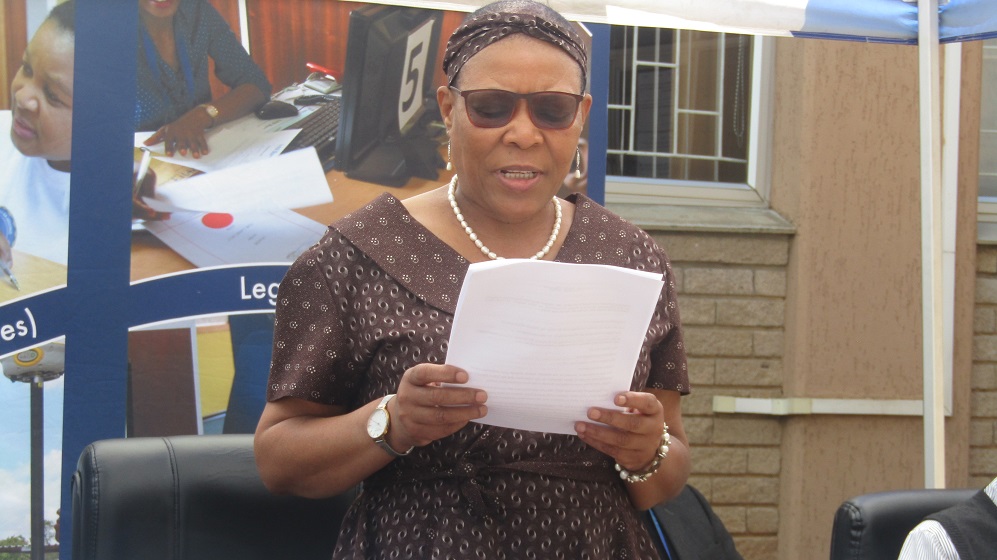 This was disclosed by the LAA Director General and Chief Executive, Ms. Mataeli Makhele –Sekhantšo at the press conference held in Maseru on Thursday.

Ms. Sekhantšo said the LAA ranks among the 197 organisations and individuals in the world honoured with the prestigious annual SAG awards, saying the SAG Awards are intended to demonstrate an appreciation for organizations using GIS to understand complex data and meet challenges around the world.

she mentioned that the users honoured with awards are demonstrating all the groundbreaking possibilities of GIS software in various other fields such as in Academia, Health Sector, Utilities, Agriculture, but the LAA scooped the best award in the field of Land Records and cadaster.

She noted that the LAA represented Lesotho among the 14 other African Countries and only two in the Land Records and Cadastre category, the other country being South Africa, saying though nominations were received from over 100 000 eligible candidates, the LAA was among the top five winners worldwide.

“The LAA received the award for its innovative use of mapping and analytics technology, as well as leadership in the field of Land Administration and Cadastral Services,” she said.

Ms. Sekhanto said LAA has been entrusted by Government to be the custodian of spatial data and from the experience one of the aching issues within the Lesotho land tenure system is the matter of land disputes which have been proven to come from issues like duplications, adding that encroachments and parcel boundaries hence having a GIS technology in place will help with better geographic information and efficient service delivery encompassing online submissions by stakeholders.

The award comes as a result of implementing the GIS system project that aims to have an integrated system to manage all land records efficiently in the country. This activity further directly responds to the Government’s initiative of improving the Investment Climate in the country in order to stimulate economic activity by attracting both domestic and foreign investments.

The Awards were presented by Esri, the global leader in location intelligence on 4th November 2021 in an event held at Esri offices in Johannesburg, South Africa.