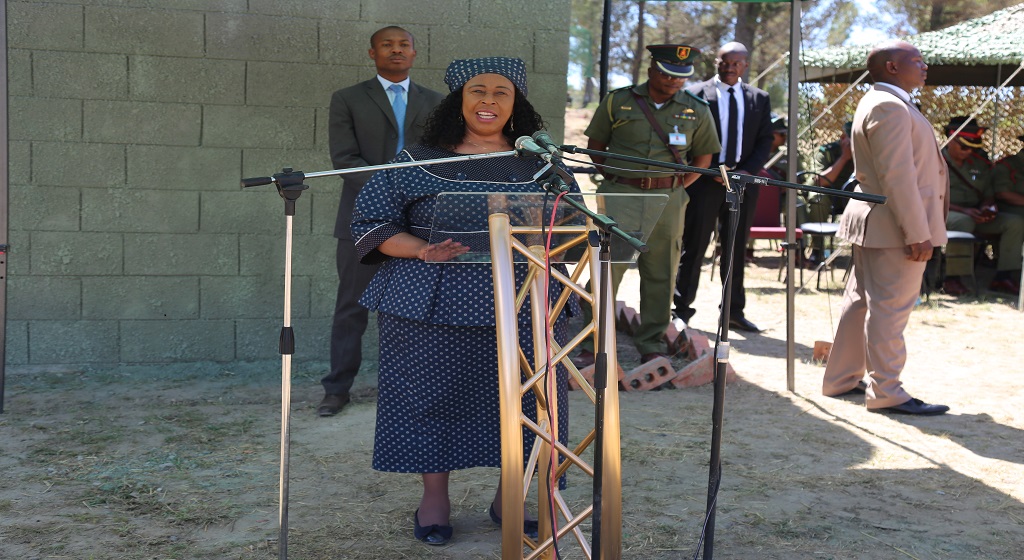 The acting Prime Minister and Minister of Defence, Ms. Keketso Rantsó says a soldier is one who is patriotic thus doing everything possible in his or her power to protect territories of the country.

Ms. Rantsó said this on Thursday at Ratjomose barracks where many gathered in remembrance of 30 Lesotho Defence Force (LDF) members from various units, who lost their lives between the years 1966 and 1992 on account of their distinctive or outstanding service.

She commended the remembered soldiers, saying having died on duty is indeed a sign of patriotism, commitment and good discipline.

“I therefore honour you for having lifted Lesotho’s flag,” she stressed.

She further expressed appreciation to those in charge of LDF for the thought of remembering their colleagues. also thanking the deceased families for gracing the memorial service. 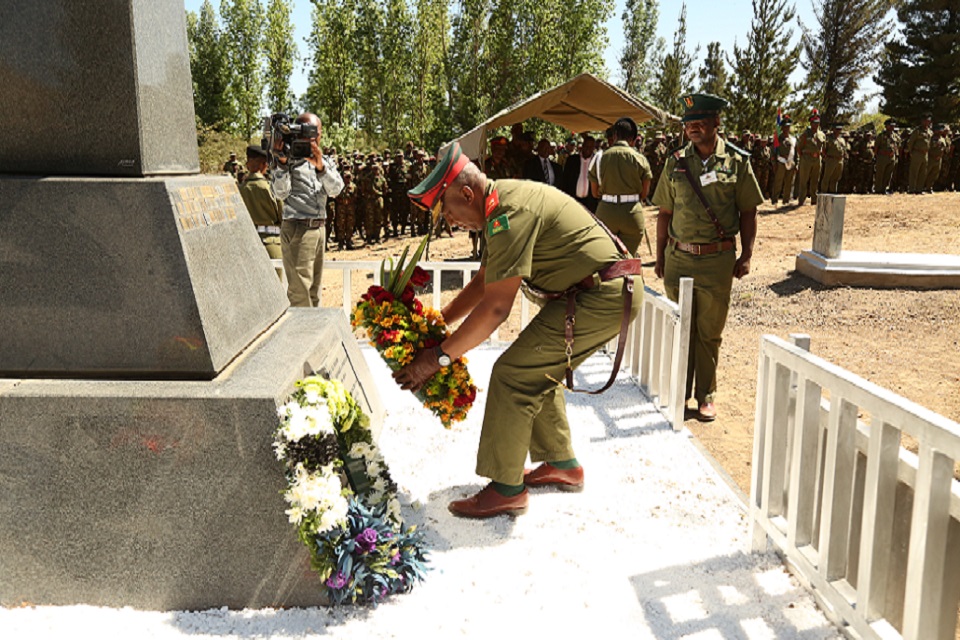 Similarly, LDF Commander, Lieutenant General Mojalefa Letsoela said the memorial service precedes LDF Day, which is to be celebrated in Maseru on Saturday.

The celebration, he said marks the 39th Anniversary of LDF.

He said Ratjomose barracks has a special history since First and Second World War, adding that they apologise for having taken this long to hold the event of this nature.

He called all to continue to pray for the remembered soldiers including all others who died natural deaths, saying all fallen soldiers will forever remain in their hearts.

As part of the day’s activities, Mr. Rantsṥo led the laying of wreaths in honour of the late soldiers.

Present at this event included the Minister in the Prime Minister’s Office, Mr. Leshoboro Mohlajoa, and former Lesotho Defence Force (LDF) Commanders, Retired Major General Metsing Lekhang,, Bosses from different security angencies, members of LDF, families of the remembered soldiers as well as the LDF band that graced the even with songs.