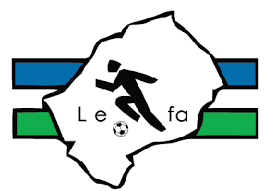 The Lesotho Football Association (LeFA) published a press release on Tuesday suspending all league games under the auspices of LeFA from March 16 to March 31 due to the widespread of coronavirus (COVID 19) pandemic.

Other decisions made at the joint meeting are that the LeFA and the League Management Committees shall during the two weeks monitor the situation both locally and internationally before making the decision to recommence the leagues or extend the suspension based on what the developments will be.

The press release further indicates that all leagues shall hopefully commence during the weekend of April 04 and 05 from where they are currently positioned.

The Association and the League Management Committees advise the teams to suspend training sessions as a measure to tread on the right side of the caution and encouraged players to train own-self during the suspension period.

The press release states that these measures taken are in the interest of the sponsors, players, coaches, officials and the supporters.

Reports indicate that South Africa’s government has suspended all sports for at least 60 days.

No coronavirus cases have been reported in Lesotho to date.