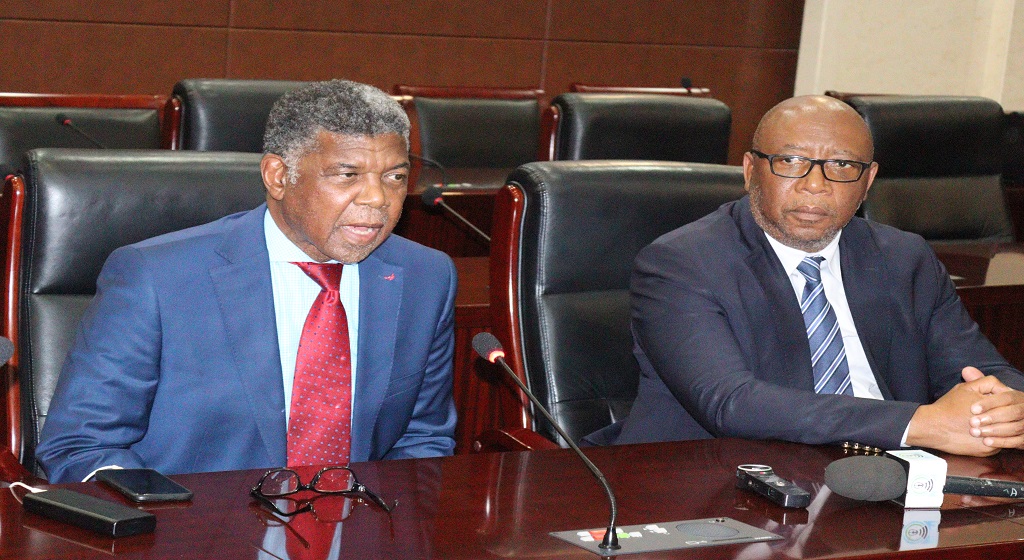 This, the Deputy Prime Minister, Dr Monyane Moleleki disclosed at the press briefing held in Maseru on Wednesday, following declaration of COVID-19 as the National Emergency.

He said all the information about COVID-19 will be coordinated and accessed from this centre so that the public can be only provided with credible information.

He noted that it is vital for all to follow and implement what is expected of them, adding that if things change in due time, the centre will make appropriate announcement.

The Minister of Tourism, Environment and Culture, Chief Joang Molapo said there are no confirmed COViD-19 cases in Lesotho at the moment, however saying the country has made preparations, single-out the identification of Fedix, Likileng in Butha-Buthe as a quarantine to keep isolated individuals.

He highlighted that if the number of cases proceeds the capacity of that place which is 75, they will further identify more places.
He noted that Lesotho is responsible to receive her citizens from other countries, therefore, if need arise; they will be isolated for 14 days until they are cleared.

He further urged all to cooperate, pointing out that the public is their number one priority.

The Minister of Home Affairs, Mr. Mokhele Moletsane said they are fully aware that the closure of other border gates may lead to illegal crossing, urging all visitors to use legally opened border gates.

He said border gates which are fully operating at the moment include Maseru, Van Rooyen’s Gate in Mafeteng, Maputsoe, Caledon Spoort in Butha-Buthe and Qacha’s Nek.

He commented that due to these changes, freedom of movement will be affected as people are expected to stick to stipulated restrictions.

The Minister of Development Planning, Mr. Tlohelang Aumane said the government of Lesotho has secured funds in order to provide funds to Basotho students in affected countries.

He said both government funded and self-funding students will be provided with allowances for three months to sustain their livelihoods.

He added that those students are from most affected countries such as China, Japan, Norway and United Kingdom among others.

Mr. Aumane noted that as for those in South Africa and Eswatini as well as those in local institutions, their allowances will depend on the closure of their institutions as the academic year may be extended.

The Minister of Education and Training, Mr. Mokoto Hlaele said all schools including pre-schools, primary, secondary and high schools, TVET and tertiary will close from March 19 to April 20 saying this will be informed by the status of the epidemic.

Meanwhile, a budget of M60 million targeting information dissemination and human resource emprovement amongst others has also been proposed in this regard and it emerged during this meeting, the need to increase the staff establishment at the ports of entry to improve port health services and prevent current leakages on missed individuals that come through the borders due to inadequate staff, while sensitisation has also proved necessary per reports that many refuse to be screened for COVID-19 at the borders.