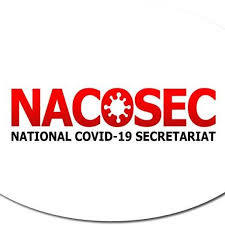 This transpired at the press conference that was held in Maseru on Wednesday.

Mr. Khasipe stated that according to the report released by the Ministry of Health, COVID-19 infections seems to be higher among females aged between 30-35 compared to males, hence most vulnerable people are aged between 20-40.

He said to date, Lesotho has recorded only 781 positive cases,179 recoveries and 24 deaths which constitute 3.1% of death rate, adding that Maseru is the leading district with 50% rate of infection followed by Leribe with 13% then Berea.

He therefore said NACOSEC is working tirelessly to combat high rate of COVID-19 infections in the country.

Speaking about NACOSEC progress, the CEO mentioned that the testing Laboratory has on Monday started to operate 16 hours daily, noting that the purpose is for the lab to operate 24 hours in order to achieve massive testing in the country.

He confirmed that testing will also be done by licensed private institutions, saying such institutions’ applications to offer such services should be approved by the Ministry of Health.

Mr. Khasipe however mentioned that despite the mentioned achievements, NACOSEC is still faced with challenges that include funding which he said could hinder progress towards achieving its mandate.

Meanwhile he introduced NACOSEC staff to the public, and amongst them is Dr Cathrine Lephoto who is the Deputy CEO Core Operations and Admin and Logistics Manager, Mr. Maile Masoebe.