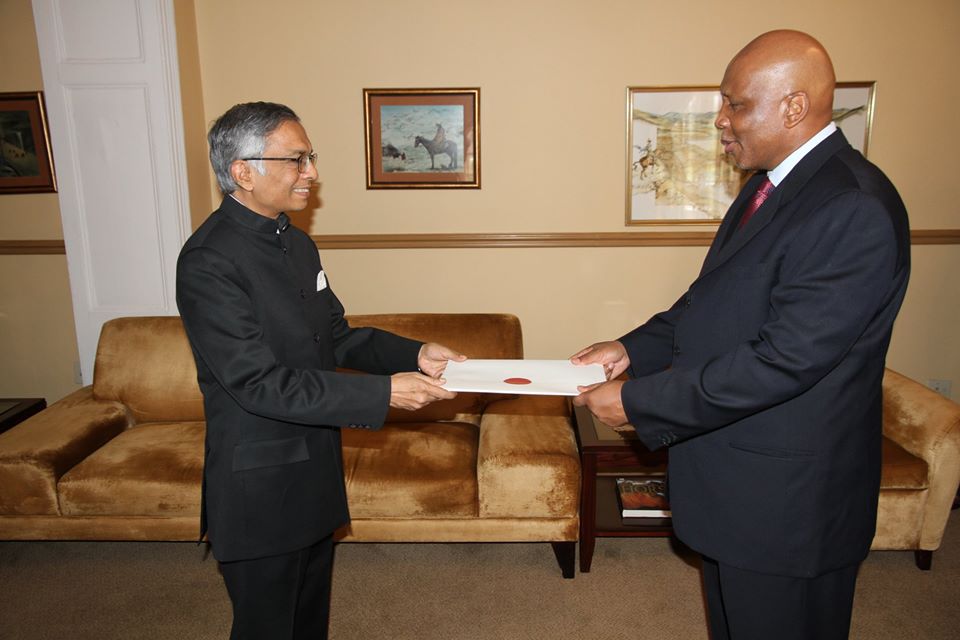 Lesotho shall continue to work together with India in issues aimed towards achieving peace for both nations and that of the world.

His Majesty King Letsie III said this when accepting letters of credence from the newly appointed High Commissioner of India to Lesotho, Mr. Jaideep Sarkar at the Royal Palace in Maseru on Thursday.

He said both countries have a long history and share long bonds of relations and cooperation in sectors that include defense, human resource development, infrastructure and economic development as well as science and technology.

He said the recent initiative taken by India to ensure Basotho get health services in that country is highly appreciated, adding that in education, many Basotho have enrolled in various universities in India for capacity building in both public and private sectors in Lesotho.

His Majesty expressed hope that during the tenure of Mr. Sarkar’s appointment as the High Commissioner to Lesotho, the friendly relations that already exist in both country will further be developed for mutual benefit.

Presenting his credentials, Mr. Sarkar said Lesotho is a valuable partner of India and Africa as a whole, saying both countries have close ties of friendship, which started years back when the formal relations were established.

Mr. Sarkar said India has been working with Lesotho to ensure development in various sectors including human resource development, and defense cooperation to mention a few, adding that India is prepared to ensure that the people-to-people relations particularly for youth are strengthened.

He noted that last year, 68 Lesotho nationals enrolled in various fields studied in India while this year, 80 will be given scholarships to also study in India.