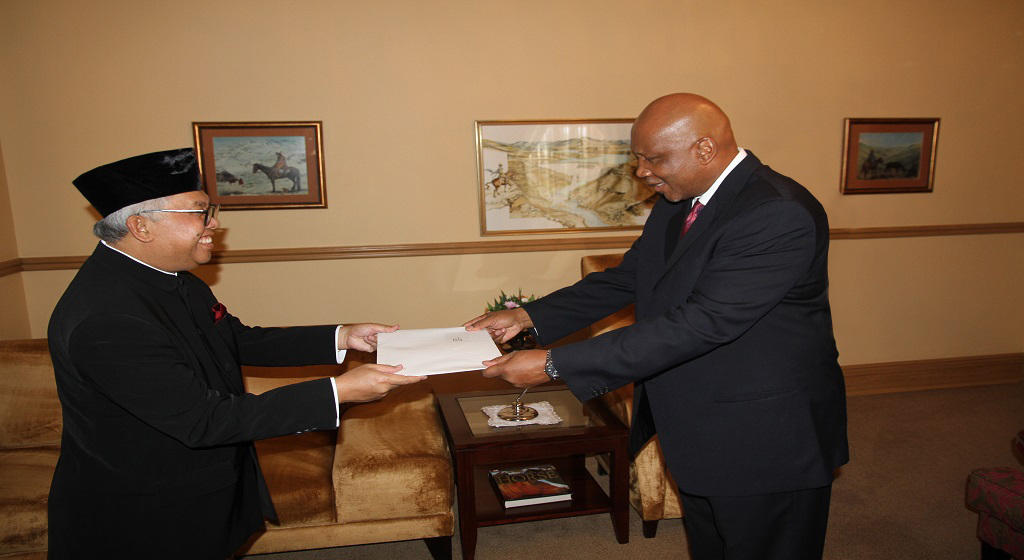 His Majesty King Letsie III says the bonds of cooperation between Lesotho and Indonesia are based on shared values and aspirations for international peace and development.

This, he said when accepting letters of credence from Indonesia Ambassador to Lesotho, Mr. Salman Al Farisi at the event held at the Royal Palace in Maseru on Thursday.

His Majesty added that the two countries share common membership to a number of international organisations such as the United Nations (UN) among others.

He said the country is aware that Indonesia remains committed to Asia-Africa Solidarity, which is characterised by technical and economic assistance to African countries to eradicate poverty.

He also expressed need for both countries to explore cooperation in other areas of Information Communication Technology, Trade and Agriculture among others for the benefit of their people.

He concluded by assuring the Ambassador of the country’s unwavering support during his tenure of office.

When Presenting his letters of credence, Mr. Al Farisi stressed the need for both countries to intensify bonds of cooperation in technical and economic areas.

He said he was looking forward to Lesotho’s participation in the upcoming Africa-Indonesia dialogue as she will benefit.

He also assured to strengthen bonds of cooperation between both countries during his tenure of office.