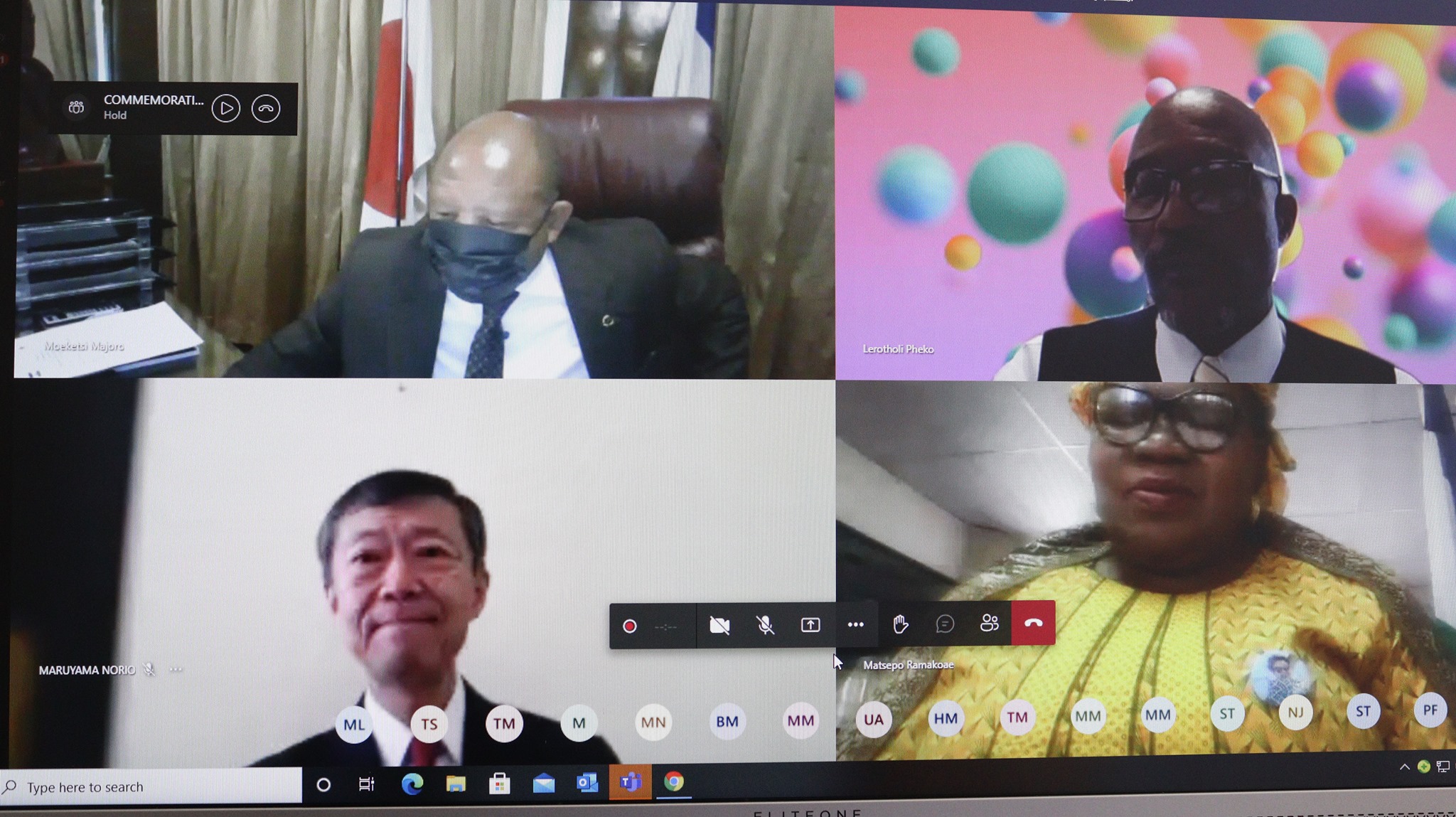 Lesotho and Japan on Thursday celebrated the 50th Anniversary of the Existence of Formal Diplomatic Relations.

Passing his condolences concerning the passing away of the father of the Ambassador of Japan to Lesotho, Mr. Marunyama Nario, the Prime Minister, Dr Moeketsi Majoro said the Government of Lesotho has learned with a deep sense of regret of the passing away of Ambassadors Nario’s father a few days ago hence conveyed deepest condolences to the Japanese, saying Basotho are with them during this challenging time.

He noted that on this auspicious day in the history of the two sister countries and those who are joining the celebration to congratulate them for the long-standing cordial bonds of friendship and cooperation that have so happily subsisted between the two countries and their nations adding that the good relationship between nations is built on the friendship between the people.

He added that since the establishment of formal diplomatic relations between Lesotho and Japan in 1971, the two countries have reaped a lot of benefits in different areas that include political cooperation, people to people relations, bilateral cooperation and frequent consultation on issues of mutual interest discussed at multilateral fora.

“We stand thousands of miles away from each other, separated by vast oceans, seas and mountains of the world, we have traversed a common journey of development together for the past five decades,” he said, noting that this journey is characterised by the shared commitment to developing the livelihoods of their fellow citizens.

Dr Majoro therefore expressed gratitude to the People of Japan for the invaluable support and assistance they have provided to Lesotho over the years, saying this support has contributed immensely towards Lesotho’s socio-economic development.

He noted that Lesotho has benefitted from this cooperation in many fields that include infrastructure development, technical cooperation, and financial assistance.

He added that this cooperation has been channeled through grant assistance, technical cooperation, grassroots grant program, non-governmental organizations (NGO’s) and multilateral organizations, and under the framework of the Tokyo International Conference on Africa’s Development (TICAD).

Also speaking, Ambassador Nario said the anniversary comes at the time when the world is fighting the COVID-19 pandemic, saying Japan will enhance the relations between the two countries to other 50 years.

He mentioned that as Japanese, they value people to people exchange as well as economic progress between the two countries.

He assured Basotho that Japan is committed to supporting Lesotho in various areas including in fighting COVID-19.

He noted this year Japan is hosting Tokyo 2021 Olympics which Lesotho has sent its two athletes to take part in the tournament.

The formal diplomatic relations between Lesotho and Japan were established in 1971.