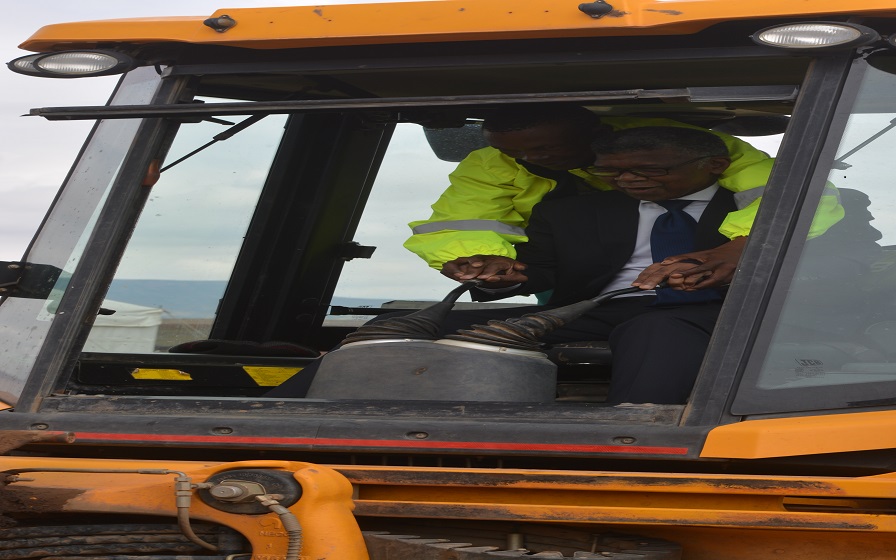 The Deputy Prime Minister, Dr Monyane Moleleki on Thursday officiated the sod turning of 1,500 hectares of cannabis project at Ha-Pita, Qeme in the Maseru district on Thursday.

The project is a partnership between the Lesotho National Development Corporation (LNDC) and VDC Suppliers, a locally registered entity with 72 percent of its shareholding held by Monitin Chevra Le’Kidum Ha ‘Taasia Be’Israel, an Israeli based company and a 10 percent shareholding held by LNDC.

The VDC Suppliers shall implement a large scale indoor and outdoor cannabis and hemp operation. The outdoor hemp cultivation operation will be located in 15 different locations with a total of 1,500 hectares while the indoor cannabis cultivation operation will utilise a total area of 30,000 square metre where 4.5 metric tons of pharmaceutical full spectrum oil will be produced annually.

Speaking at the event, Dr Moleleki said as all can recall, the new National Strategic Development Plan (NSDP) Lesotho has identified private sector as an entity to lead the economic diversification in line with Agenda 2063.

He said this occasion is a practical realisation of partnership between government of Lesotho and Israel, which he said is going to unlock economic activity in the country as well as to create jobs for the people of Qeme, and its neighbouring villages of Matsieng, Rothe and Koro-Koro.

He noted that it is also the fulfilment of the mandate of the Ministry of Trade and Industry to attract foreign investment as well as to initiate, promote and facilitate investment as a catalyst for the diversification of the agricultural industry. This, he said will be done by introducing high-tech Agro-Processing projects, saying this in turn is responsive to the National Strategic Development Plan II and addresses eight Sustainable Development Goals.

Dr Moleleki added that in the next three years, the project is going to engage in industrial fabrication of hemp and production of medicinal products as well as organic food and create entrepreneurial skills for local farmers. He noted that it is also going to deepen investment by developing local infrastructure such as street-lights within the area hence urged communities of Qeme, Matsieng, Rothe and Koro-Koro to protect the project for future generations. 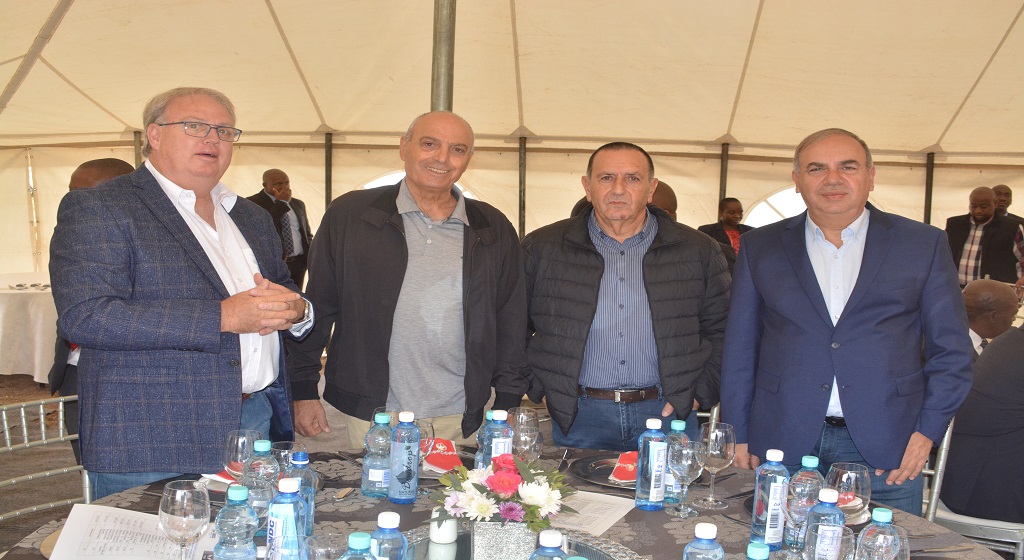 He thanked the Monitin Company, saying as Lesotho they have made the right choice by collaborating with one of the leading country in technology and they are proud to associate with.

At the same event, Minister of Trade and Industry Mr. Halebonoe Sets’abi said the event is a testimony of a project well researched and that they know what they are going to do.

He said with unemployment facing the country and people end up going to South Africa to seek of employment is going to be a thing of the past as this project is an answer to unemployment.

He assured the community that they are not selling their land, saying the project is for Basotho as it is on their fields and are going to be shareholders in the project.

He expressed gratitude to Monitin Company for considering investing in Lesotho and thus pledged their support throughout the whole project.

On one hand, Minister of Health, Mr. NKaku Kabi said this is an important day to them as communities of Matsieng and Qeme, therefore thanked the Israeli company for bringing the project of this magnitude to them.

He said they are currently at the infancy stage and learning curve therefore they would appreciate sharing of skills with them as the project goes along.

He noted that cannabis is a big project hence commended LNDC for ensuring that it grows in the country. He added that there has been many sod turnings on cannabis projects done, which he said most of them have not taken off thus expressing hope that this is just the beginning of greater things.

“We have made so many promises but have not been on ground to ensure implementation, therefore this project since it is for Basotho should open doors for all Basotho and not only those of our political affiliations,” he added.

He said they will also train local farmers so that they are able to grow own plots as a way of giving back to the community.

He thanked the government of Lesotho and LNDC for giving them the opportunity to implement their targets.

Present at the event also included cabinet ministers, Members of Parliament and the public.

About M500, 000 million has been invested in the project and so far about 80 companies have licenses.

The new project is expected to start in January.