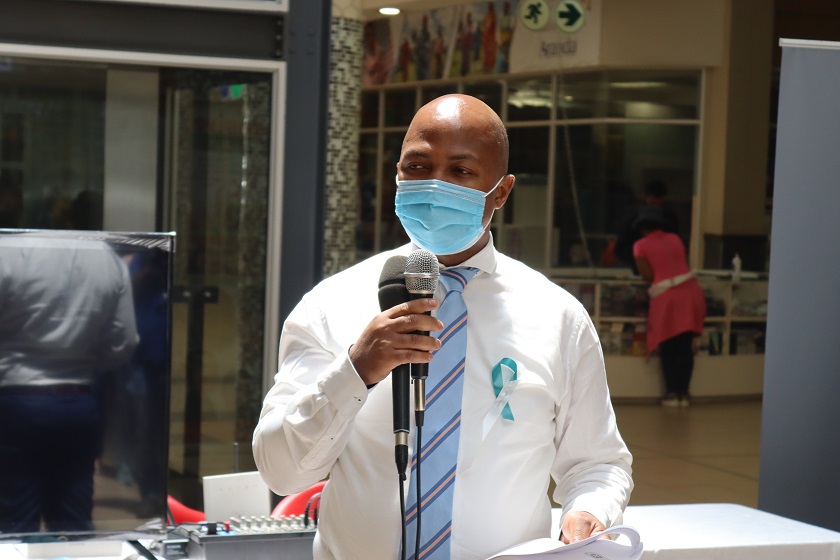 The Minister of Health, Mr. Motlatsi Maqelepo on Wednesday officially launched the global strategy to accelerate elimination of cervical cancer.

The main event was held at the United Nations General Assembly in Geneva where her Majesty Queen ‘Masenate Mohato Seeiso participated in a global virtual meeting.

Giving his remarks at the event held in Maseru, Mr. Maqelepo said Lesotho has joined the World Health Assembly (WHA) and World Health Organization (WHO) and the rest of the world to launch the global strategy for elimination of cancer as a public health problem.

He said the global strategy provides a roadmap through the following 90-70 -90 targets for 2030, saying the first group is of the girls who are fully vaccinated with the HPV vaccine by age of 15.

He added that the other 70 which we need achieve by 2030 is of women who are screened with high performance test by 35 and 43 years of age.

“Cervical cancer is the fourth most common cancer among women in the world with estimated 570 000 new cases and of those 311 000 deaths worldwide in 2018, He Stressed.”

He noted that the highest regional incidence and mortality are in Africa, saying In Lesotho cervical cancer is the most common cancer among women and account for 44 percent of all cases of cancer in the country. He added that according to 2018 data the incident of cervical in Lesotho is 51.1 per 100 000 women population and mortality rate of 39.1.

The minister said it has been realized that HIV and cervical cancer are mostly related as women with HIV seem to have cervical cancer hence pledged government’s commitment to improve health serves at health centres and health posts as well as to ensure that village health workers are well trained so to reduce these mentioned numbers. 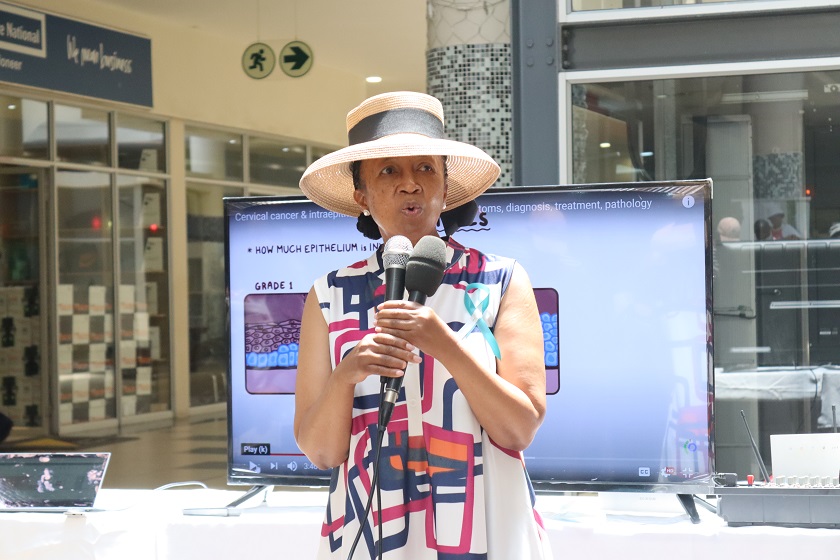 Also speaking, the former Minister of Health, Dr Mphu Ramatlapeng said in the past years they invented an operation that every woman should be tested for cervical cancer before given contraceptives.

Dr Ramatlapeng said she is proud that Lesotho, Rwanda, South Africa and Botswana are the only African Countries who felt the need to sponsor the elimination strategy of cervical cancer.

She therefore expressed her gratitude to the Prime Minister and Minister of health for agreeing to be part of this great initiative.

According to studies, cancer can develop on the cervix and grow into other organs, threatening health, If tested regularly, cervical cancer can be prevented. Early developing cancer cells can be treated before they turn into more harmful and growing cells.