The Ministry of Development Planning in collaboration with the United Nations Development Program (UNDP) launched the 30th Human Development Report 2020 at the event held in Maseru on Wednesday.

Speaking at the event, the Minister of Development Planning, Mr. Selibe Mochoboroane expressed gratitude to UNDP for organising this event, saying the report has shaped ideas and development discourse, especially for social development in many countries including Lesotho.

The minister added that since 1990, Human Development Reports have highlighted critical dimensions of human progress and sustainable development, thereby informing encouraging and assisting governments and stakeholders to address the impediments in the way of enlarging choices.

Talking of Agriculture, he said Basotho are a pastoral nation with large herds of sheep and cattle, noting that this is the pride of many households and the biggest source of livelihood.

He remarked that 70 percent of Basotho are dependent on agriculture and nature-based activities, and many of them rely heavily on biomass for energy.

He however said the ministry has over time observed as the pastures get degraded and rivers run dry and Basotho cannot depend on agriculture for livelihoods and economic development anymore. 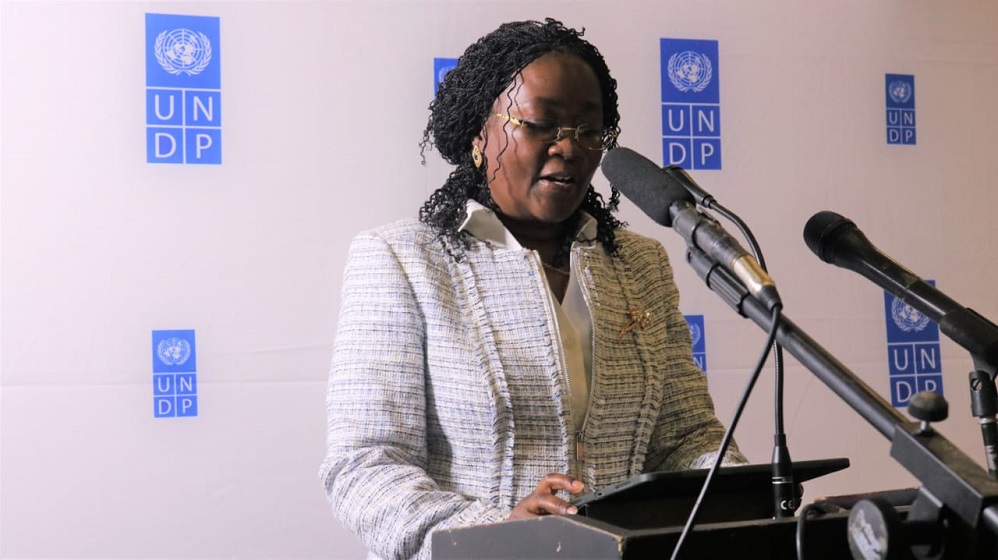 Also speaking, the UNDP Resident Representative, Ms. Betty Wabunoha said this is a great moment to continue the advocacy and shape development policy and the discourse for human development, saying this report was launched globally by the UNDP Administrator, Mr. Achim Steiner on December 15, 2020.

“Due to the COVID-19 related restrictions, we are hosting Lesotho’s launch today to echo those that have already come before us,” she commented.

She highlighted that in this 30th anniversary edition of the Human Development Report, the focus is on the inter-relationship between the people and the planet and that this relationship has entered new territory, the age of the Anthropocene, saying the report indicates that for the first time in a relationship spanning over 300 000 years, instead of the planet shaping humans, humans are shaping the planet.

She mentioned that the Government of Lesotho in collaboration with UNDP and partners are already implementing actions that promote environmental management, conservation of biodiversity, renewable energies, building resilience and adaptation to climate change and implementation of climate-smart agricultural practices, among others.

The 30th Anniversary and Development Report 2020 looks at how humanity can navigate this new age, unpacking the relationship between people and the planet and where people go from here, to transform pathways to human progress.