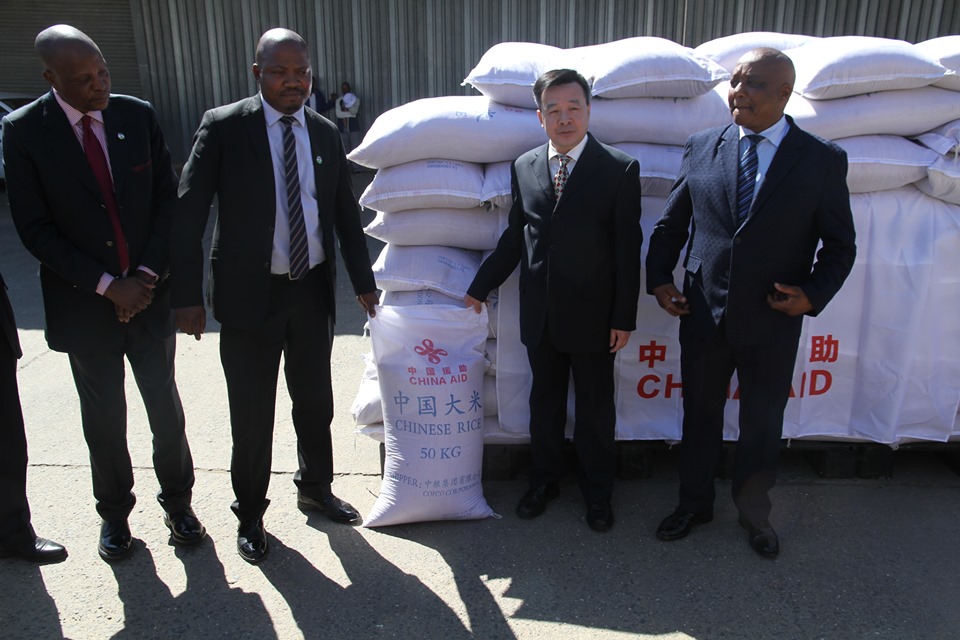 Lesotho has received parboiled rice of 3157 metric tons amounting to M50 million from the government of the Republic of China.

Speaking at the handing over ceremony on Thursday, the Deputy Minister of Foreign Affairs and International Relations, Mr. Halebonoe Setšabi said the donation signifies the strong ties between the two counties especially in the area of agriculture and food security.

Mr. Setšabi said thousands of disadvantaged Basotho have been affected by the ever-increasing scourge of food insecurity.

He commented that this donation brings hope to the people especially when the country has registered the lowest summer cropping harvest due to prolonged drought attributed to the changing climate conditions ruthless tearing the Southern African Development Community (SADC) region apart.

He said the bulk of consignment received has already been distributed to the intended recipients throughout the country, however warned that government will not tolerate corruption in the distribution of food as it intended for the poor and most vulnerable people.

He added that mischievous intentions in the distribution of food will not be condoned as corruption, fraud and similar practices have no place in Lesotho.

In his remarks, the Ambassador of China to Lesotho, Mr. Lei Kezhong said in 2018, China agreed to provide food aid to Lesotho, saying the donation was divided into three batches which all have arrived in Maseru.

Mr. Kezhong said Lesotho has recently experienced severe drought due to global climate changes which he stressed have caused food insecurity in the country especially to those who live on farming.

He said during the coordinators’ meeting on the implementation of the follow-up actions of the Beijing Summit of FOCAC, Lesotho and China exchanged letters to confirm implementation of the Maseru Agriculture Storage and Logistics Infrastructure project which will equip Lesotho with a food reserve facility and be better prepared for food relief requirements.

He pledged China’s continued support to Lesotho through the launch of human resources cooperation projects, noting that every year they send Basotho including Agricultural practitioners to China to attend training.

“We are now exploring the new ways to send senior Chinese agricultural experts to Lesotho to train Basotho researchers in agri-science and entrepreneurs in agri-business,” he said.

Also speaking was the Minister in the Prime Minister’s Office, Mr. Temeki Tšolo who thanked the Chinese Government for the food aid.

He commended the Ministry of Foreign Affairs and International Relations for reaching out to international community in times of need, and re-affirmed that the food aid is intended only for the poor and most vulnerable.

The distribution of rice country-wide ends in September.