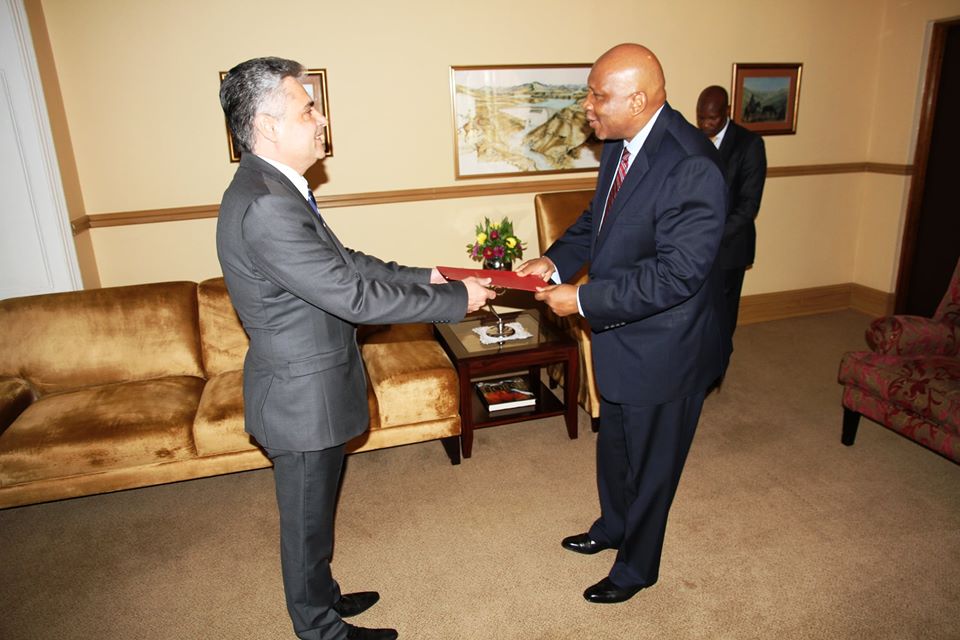 His Majesty King Letsie III says Lesotho and Romania need to work closely together to explore possible areas of cooperation and engage more at a bilateral level to enhance trade investment, tourism, science and technology, education and sharing of experiences in other areas of mutual interest.

His Majesty said this when accepting letters of credence from the Ambassador of Romania to Lesotho, Mr. Marius Constantin Boranescu at the Royal Palace in Maseru on Thursday.

He thanked the Government of Romania for relaunching and setting high on the agenda ‘the traditional cooperation with countries in Sub-Saharan Africa’.

”Indeed this noble gesture will provide a conducive atmosphere for Lesotho and Romania to work together towards our development goals, whose attainment would be for the benefit of our peoples”, he stated.

He assured the new Ambassador that his government will extend to him the necessary support to make his duty enjoyable and rewarding.

Presenting his credentials, Mr. Boranescu said Romania appreciates the efforts Lesotho is doing to further her economic development, saying both countries will continue to cooperate in different areas for development.

He promised that during his tenure of office in Lesotho, he will work hard to ensure that the already existing relations between the two countries are further promoted for mutual benefit.

The bonds of friendship between both countries began in 1976.