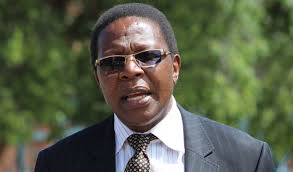 It is expected that by the end of August 2021, Lesotho should have completed the process of the reforms.

The Minister of Law and Justice, Prof. Nqosa Mahao said this on Wednesday when briefing the media about the agreement reached between the Southern African Development Community (SADC) facilitator to Lesotho, the retired Deputy Chief Justice, Dikgang Moseneke, and the government.

The objective of the press briefing was to highlight the public about the progress of the National Reform Authority (NRA) and the government regarding the reforms.

Prof. Mahao said to ensure that Lesotho meets the expected deadline for reforms, the agreement states the Ministry of Law and Justice in collaboration with the Ministry of Foreign Affairs International Relations as well as NRA will draft the schedule plan which will table the framework of all stakeholders outlining the road map of NRA.

Again, the management committee made up of NRA Chief Executive officer (CEO) and the Deputy CEO as well as officers from the ministries of Law and Justice and of Foreign Affairs and International Relations so to deal with the shortcomings that will derail the process.

Prof. Mahao noted that his ministry has completed drafting two bills that need to be deliberated by the NRA so that the bills can be presented before the Parliament, saying this is aimed at ensuring that NRA meets the deadline as agreed.

Responding to the question regarding NRA salaries structure, the Minister said his Ministry and that of Finance have made an agreement on salary structure and benefits.

He said further mentioned that government will ensure that all activities concerning the reforms are done according to the timeframe so that when SADC mandate on reforms ends,  Lesotho will also be expected to have completed the process of reforms.

According to the Minister, the NRA act states that NRA is given the period of 12 months to complete the progress of the reforms, adding that if it may be the case that the reforms are not completed within the timeframe, there will be an extension of 6 months, which will be the end of August 2021.

Prof. Mahao, therefore, urged NRA to work hard and timely to ensure that when the deadline approaches, reforms will be completed.

“The process of reforms needs the deepest concession amongst the role player”, he remarked.

The visit of the SADC Facilitator to Lesotho follows the government realization of the challenges hampering reforms progress.

During his visit, the SADC facilitator to Lesotho has met with His Majesty King Letsie III, the Prime Minister, Dr Moeketsi Majoro, Deputy Prime Minister Mathibeli Mokhothu, college of Chiefs and the government representative thus Ministry of Law, Justice, Ministry of International Relations, and foreign affairs.

By the Staff Reporter: Noliwe Velaphe