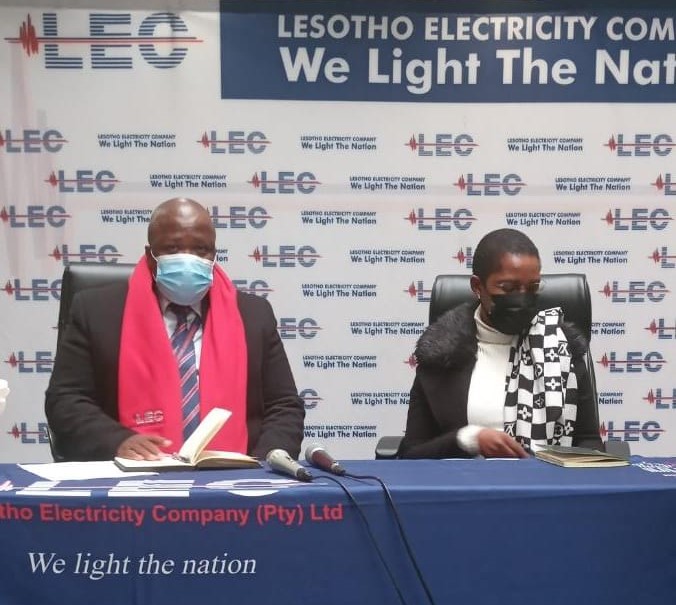 Mr. Seleke announced this at the press conference held on Wednesday in Maseru.

Mr. Seleke said the total amount that was owed to LEC was M265 million, saying the postpaid consumers owed M175 million while sundry debtors owe M90 million and these are debts that exceed more than a year hence this was revealed by a debt collection campaign that started early February.

He pointed out that these debts were hampering the company’s operations because LEC relies on foreign companies from South Africa, Mozambique and Muela for electricity generation.

He said LEC spends M630 million monthly to buy electricity from the above-mentioned countries, adding that if postpaid  consumers do not settle their debts this could prevent LEC from being able to buy electricity which can lead the country to encounter load shedding.

Mr. Seleke noted that since the debts collection campaign started in mid-February, LEC has managed to collect M95.6 million from M175 million debt owed by postpaid consumers amongst being the government, embassies and the industrial sector.

He further mentioned that when the campaign started, the government owed approximately  M50 million with their different departments but it has been reduced to M20 million while the remaining balance is for private companies.

Moreover, he appealed to the sundry debtors to pay their outstanding debts failing which there will be power cut to those who owe LEC.

The Managing Director said even though they see this campaign as a success since they have managed to collect millions that were due to the company, they are no exception to the challenges they encountered.

He stated that collecting debt from government ministries was a challenge as there is an understanding that since LEC is a state-owned company, it will continue supplying government agencies with electricity and they will settle their bills when they have funds to do so.

On the other, Mr. Seleke said this financial year the company has lost M21 million due to property vandalism hence pleaded with the nation to stop vandalizing electricity cables as this cost company lose millions and hinder service delivery.