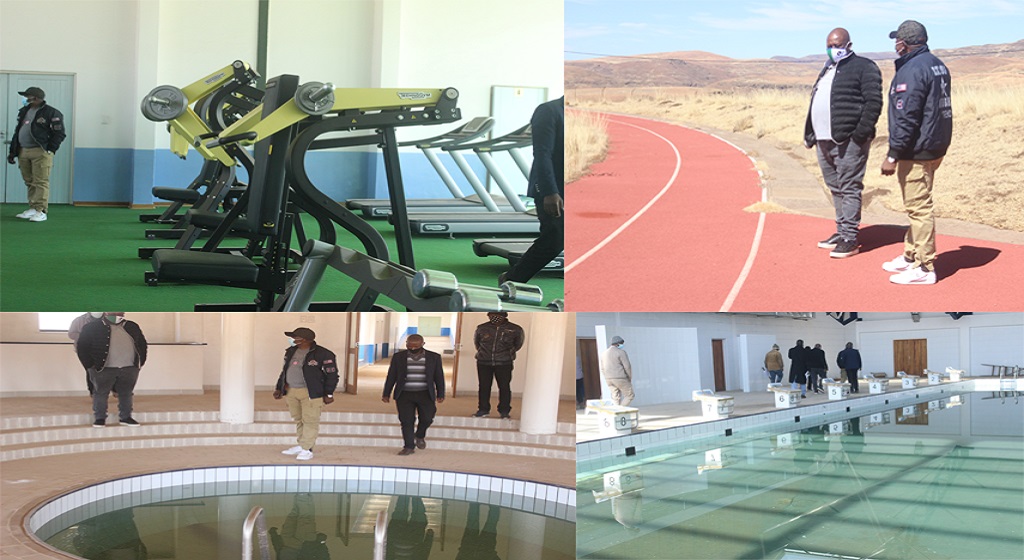 The M55 million worth High Altitude Sports Training Centre which was initiated to develop and improve athletes in the country has not been operational since its construction in 2005.

The Minister of Development Planning, Mr. Selibe Mochoboroane discovered this during his tour of government development projects in all the districts. The tours started in August 2020.

In his remarks during his visit at Har’a Pokolana High Altitude Sports Training Centre, Mr. Mochoboroane said an integrated planning is essential to accelerate government development projects, saying unless government ministries work together and not in silos, it will not be easy to implement government projects intended to benefit Basotho.

The Minister therefore urged all relevant ministries in this regard to work together to ensure that this facility becomes operational.

“It is more than 15 years now since the construction of this facility but it is still not working,” Mr. Mochoboroane remarked, noting that the facility is now in a state of repair even before it could be used hence expressed need for relevant government ministries and stakeholders involvement so to address issues related to this project.

Mr Gerald Heqoa from the Ministry of Development Planning also confirmed that the project was meant to train and improve Lesotho athletes to perform much better like other international athletes.

Also responding was the Director of Infrastructure in the Ministry of Gender and Youth, Sports and Recreation, Mr. Moruti Sekokotoana who said the project which started in 2005 was intended for training of local and international athletes.

The facility, which is situated at Har’a Pokolana in the Maseru district is reported to be not functional due to lack of electricity and road inaccessibility. The centre comprises of the soccer pitch, running track, tennis court, swimming pool and gymnasium.