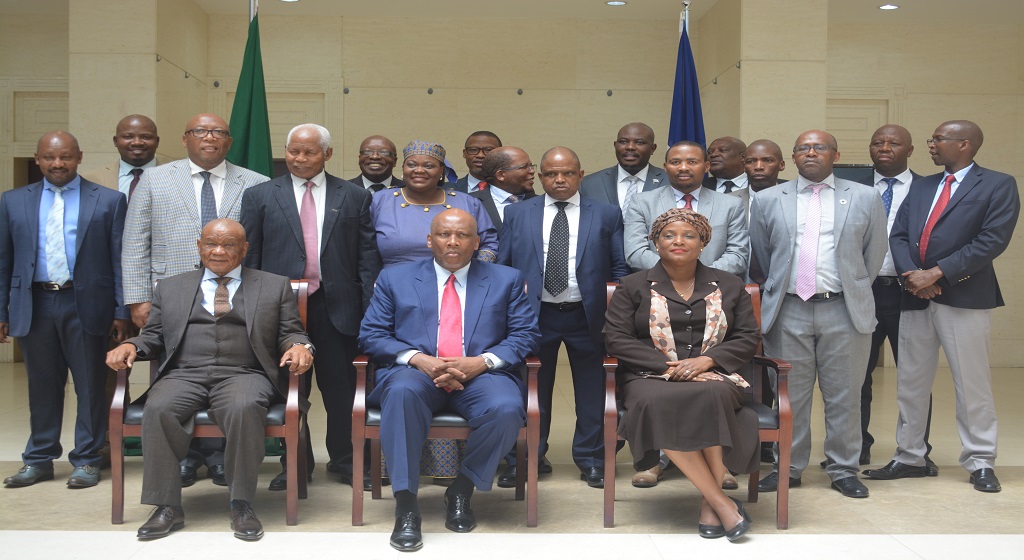 His Majesty King Letsie III says malnutrition has had negative effects on economic growth and development in Africa hence the need for various stakeholders to invest in food and nutrition issues in Africa.

His Majesty made these remarks when addressing participants at a one day African Union (AU) high level consultation forum held in Maseru on Thursday.

He was speaking in his capacity as the AU Champion on Nutrition, the Food and Agriculture Organisation (FAO) Special Ambassador for Food and Nutrition as well as the World Bank Human Capital Champion.

He said studies show that the economies of Africa are reported to be losing 11 percent of their annual Gross Domestic Product (GDP) to malnutrition related costs, saying according to UNICEF, African economies are losing $25 billion, which is equivalent to M371 billion a year due to malnutrition.

”Without investing adequately in nutrition, efforts to build a resilient nation that can drive and contribute meaningfully to the development of the economy will not be successful,” he remarked.

He said as countries try to increase efforts to enhance food security and nutrition in Africa, it is important to identify and mobilise all relevant stakeholders who can play a positive role to joining these efforts so that all can achieve their objectives and goals quickly and more effectively.

He noted that investment in targeted nutrition programmes is important and can never be regarded as wasteful expenditure, saying investment should be made during the early development of the child to reduce the chances of stunting as well as to reverse the costs related to malnutrition.

He said he has sadly witnessed the negative impact of food insecurity and poor nutrition policies and interventions on many communities across the continent hence there is need for all to focus or invest in nutrition.

His Majesty therefore urged all countries in Africa to commit a political will on nutrition sensitive programmes for human capital development.

Speaking at the same event, The Head of Health, Population and Nutrition at the African Union Commission, Mrs. Margret Agama-Anyetei said the event is in fulfillment of His Majesty’s work plan and in line with the recommendations made by the AU task force on food and nutrition development.

She expressed gratitude that the event was supported and funded by all AU member states, saying this demonstrates commitment of the continent to matters of food security and nutrition in Africa.

Mrs. Anyetei expressed hope that recommendations of the consultation will contribute towards advancement of the partnerships between public and private sector on nutrition related issues across the continent.

She said the day’s event is the first in a series of dialogues organised to further bring together government, private and public sector as well as Parliamentarians to ensure their engagement in matters of food security and nutrition in Africa.

The forum which brought together Members of Parliament (MPs), public and private sector from  AU member States to discuss possible partnerships in advancing nutrition interventions at national and regional levels.

Currently, studies show that over 820 million people of the world are under-nourished, further revealing that of the total given statistics, 250 million are Africans and 237 million live in the Sub-Saharan Africa.

Southern Africa is also counted among the regions of the African Continent that have an increasing prevalence of overweight and micro-nutrient deficiencies.