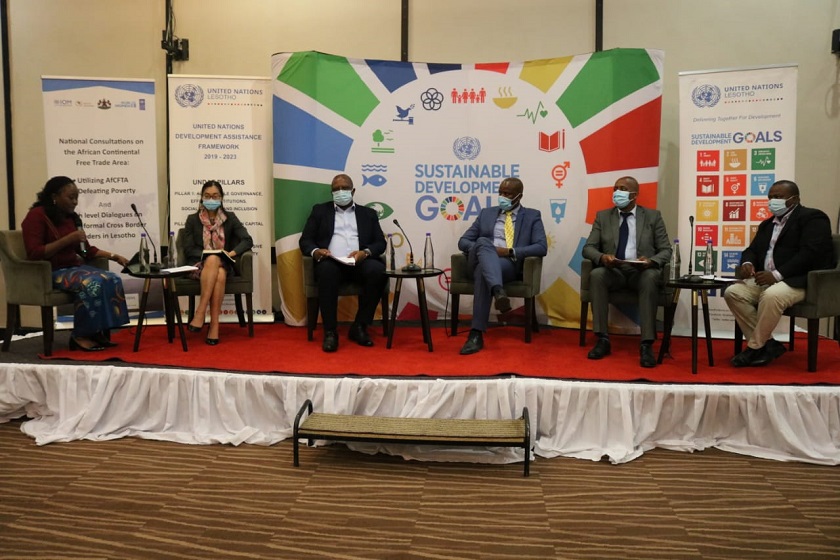 The Micro-Cross border trade has the potential of transforming Informal Cross-Border Trade (ICBT) into formal businessmen and women.

This, the Principal Secretary of the Ministry of Trade and Industry, Dr Tlhopheho Sefali said during the UNCTAD15 side panel on bridging the divide between formal and informal ICBT discussion held in Maseru on Thursday. UNCTAD15 was held under the theme ‘From Inequality and Vulnerability to Prosperity for All’, thus offering the nations of the world a platform to devise new ways to use trade as an enabler of sustainable development.

He stated that at the regional level, ICBT has proven to be responsive to shocks compared to formal trade as they have been able to import goods that are unavailable domestically to meet domestic demand in times of crisis.

Dr Sefali however mentioned that the governments are typically concerned about the negative aspects of ICBT which include the fact that at times the informal imports present unfair competition for domestic demands.

Giving her remarks, the UN Resident Coordinator, Ms. Betty Wabunoha said the UNCTAD conference theme was a reminder of the commitment made for the attainment of the agenda 2030 to leave no one behind, by bridging the gaps that exist within the societies and households.

She mentioned that Lesotho depends heavily on trade with South Africa, which was intermittently disrupted due to border closure during the COVID-19 pandemic, saying both informal and formal traders have been affected mainly medium-sized traders have generally been able to navigate border closures and maintain their trade closure routes and supply chains.

She said as Lesotho recovers from COVID-19 and seeks to stabilize trade, there must be a consideration as to how to recognize informal cross-border traders, to protect their safety and livelihoods, support their formalization and ensure that nobody is left behind, adding that this will further strengthen the national efforts towards accession to the African Continental Free Trade Agreement.