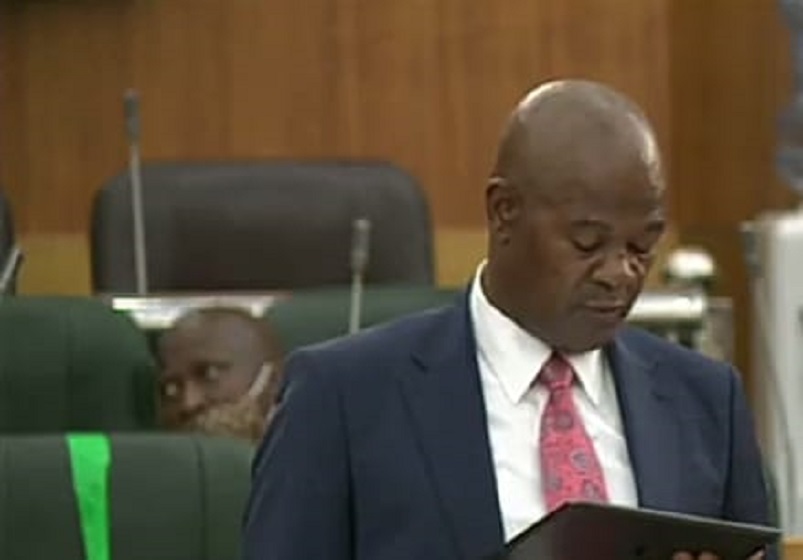 According to the Mid-Term Budget Review, diamond production and Lesotho Highlands Water Project (LHWP) phase II remain key drivers of the economic growth in the country.

This, the Minister of Finance, Mr. Thabo Sophonea said when tabling the Mid-Term Budget before the Parliament in Maseru on Wednesday.

He said the rate of annual inflation in 2021-2022 is estimated at 5.5 percent, saying the divisions that display a sustainable annual increase in the inflation rates are food and non-alcohol beverages at 8.5 percent.

He Further said sustainable annual increase in clothing and footwear is expected to be 3.1 percent while housing, water, electricity, gas and other fuels are expected at a 7.1 percent increase.

The Minister said the 2021-2022 budget was set to reach M23.8 billion, adding that the total revenue including grants and Southern Africa Customs Union (SACU) is expected at M17.3 billion.

He stated that this year’s budget was premised on projected capital estimated of M8.7 billion of the national budget.

Moreover, the Minister said the cumulative revenue collection for the period April to September 2021 amounted to M8.4 billion against an M7.3 billion budget estimated, noting that this is from SACU recipient, tax revenue, water royalties from Lesotho Highlands Development Authority (LHDA) and which are all well on target.

He said non-tax revenue receipts are totaled M954.3 million which is below the six-month target, however noting that this year’s collection is M164.7 million higher than last year’s six months’ collection of M786.4 million.

On the other hand, Mr. Sophonea said the government is working hard to narrow the budget deficit and also improve the structure of spending remaining on course.

The Minister said the government is faced with the challenge of balancing the need to support the economy for the post-pandemic with the ongoing efforts to maintain the fiscal deficit to a sustainable level.

The Minister noted that in addition to the donor funding amounting to M3.6 billion which was tabled before the Parliament, the government also signed M2.4 billion with development partners to support capital projects, thus M1.7 million is embarked for water developments in Butha-Buthe and Mohale’s Hoek, M62.5 million for Tax Modernization project, M313.0 million for nutrition and health systems project and M346.5 million for COVID-19 activities.

The mid-term review details economic developments during the first half of the year and progress on implementation of 2021.