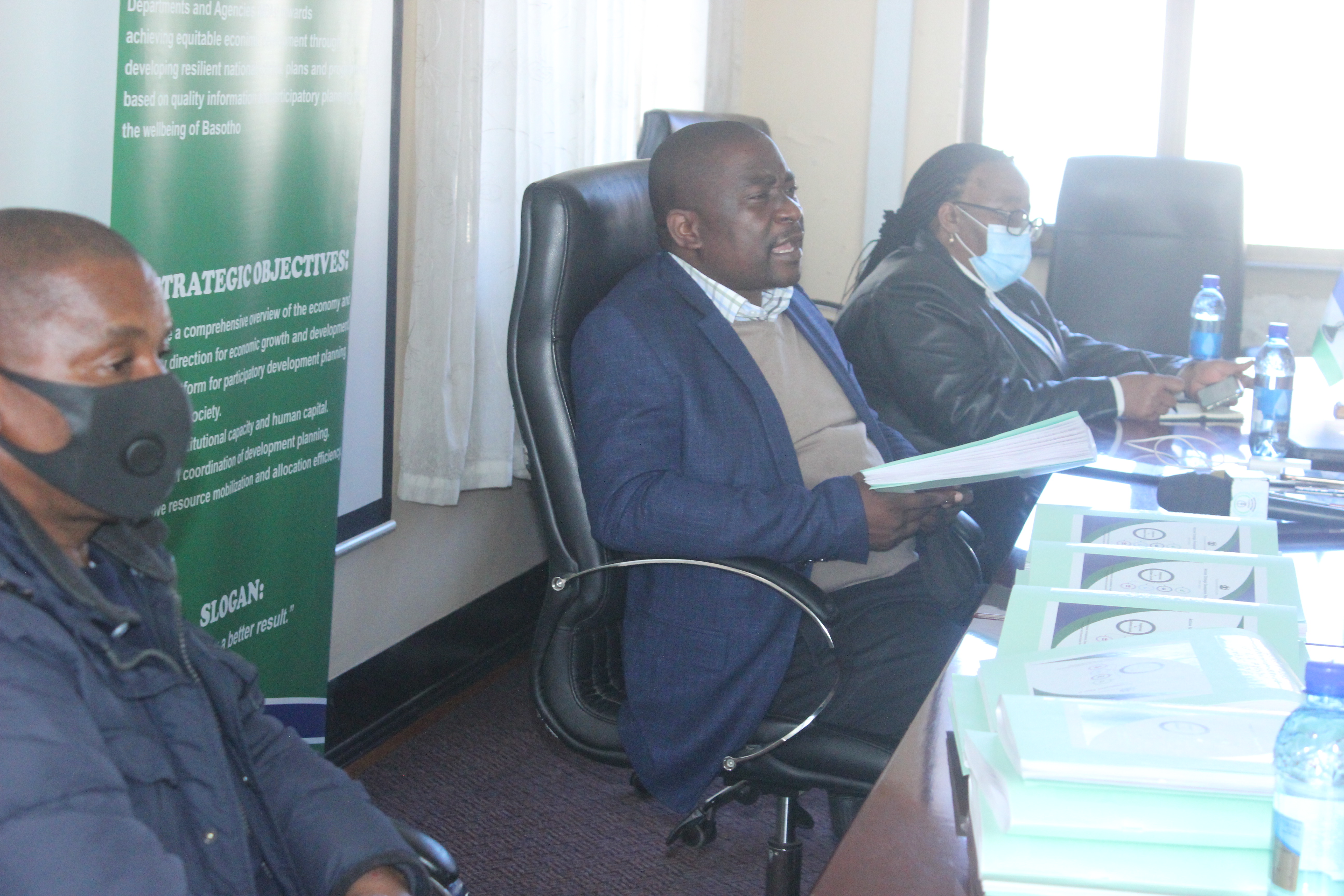 Handing over the document, the Honourable Minister noted that NSDP II is a National document hence imperative to be translated into Braille to enable visually impaired persons to have access and understand the information of the document.

Honourable Mochoboroane indicated that LNFOD usually contributed in the development of National plans, but after the document is being published, LNFOD do not have access to translated documents to appreciate and acknowledge what the document is all about and also that their contributions are well presented.

Receiving the document on behalf of LNFOD Mr Jeremane Teele, from the Lesotho National League of the Visually Impaired Persons (LNLVIP), expressed his gratitude and showed they will be able to read and participate effectively on National issues.

However, he indicated that LNFOD participated in the development of National documents but when the document is final; they never have access, except getting information from other people who are not visually impaired.

He applauded the Ministry of Development Planning for this milestone and appealed that the government should translate national documents to Braille, citing the Constitution of Lesotho and the NACOSEC issues amongst others.