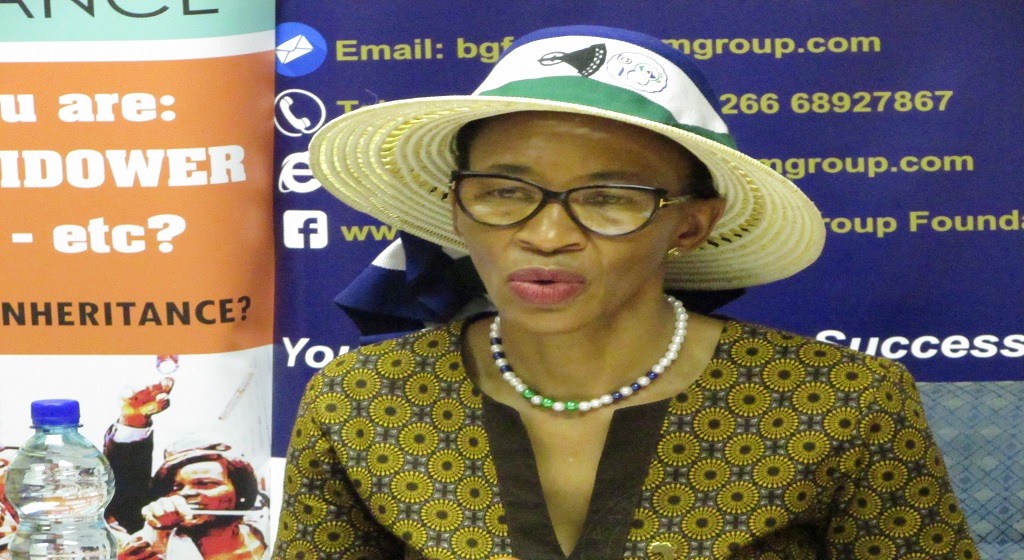 The Minister of Gender and Youth, Sports and Recreation has urged parents to ensure equal share of inheritance between boys and girls children.

Dr Mahali Phamotse said this in her statement to launch 16 Days of Activism against Gender Based Violence at the event held in Maseru on Thursday.

She said if parents share their wealth equally, that will ease the trials and tribulations that girl children go through in life, citing engaging in marriage at young age, becoming sex workers,  using drugs, committing suicide as well as trafficking others to mention a few.

She said girl children who have been denied rights to economic resources end up engaging in activities which put their lives in danger while trying to make ends meet.

“Girls should be given equal rights to economic resources, access to ownership, control over land, other forms of property, financial services, inheritance and natural resources as this will make them spiritually and physically healthy and be able to live amicably with others,” she stressed.

She called on parents to break the gender stereotypes and remove barriers that seek to serve misogynistic interests for the betterment of their families and communities that they live in.

“Let us focus on economic empowerment for girls and women because the beauty of it is that if you empower a woman you empower the nation. Which is why I always say when you see poverty it bears a woman’s face because they think of everyone else before thinking of themselves,” she said.

Meanwhile, Dr Phamotse is on Monday expected to launch a steering committee intended to coordinate activities throughout observation of 16 Days of Activism against Gender Based Violence.
During the 16 Days of Activism against Gender Based Violence, the world also observes a series of events that include; International Day for the Elimination of Violence against Women marked on November 25, World AIDS Day on December 01, International Day of Disabled Persons on December 03 and Human Rights Day on December 10.

The 16 days of Activism Against Gender Based Violence is an annual international campaign starting from November 25, which is the International Day for the Elimination of Violence Against Women, to December 10, which is Human Rights Day.