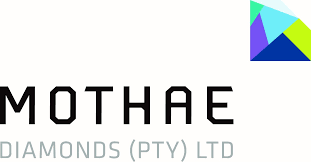 Mothae Kimberlite Mine in Lesotho is reported to have recovered the first largest gem-quality 126 carat diamond.

This is according to the statement issued by the Ministry of Mining in collaboration with Lucapa Diamond Company Limited.

According to the statement, the 126 carat stone is the largest diamond recovered since commercial mining operations commenced in January 2019, however, it is the sixth +50 carats diamond discovered since Lucapa commenced its pre-production bulk sampling program at Mothae in 2018.

It adds that this comes shortly after Lucapa and its partners recovered a 130 carat gem-quality diamond from the Company’s high value Lulo alluvial mine in Angola.

Additionally, it indicates that the 126 gem stone value will be communicated later after going through the boiling stage with an intention to improve its worth in the diamond market.

In April 2017, the government of Lesotho awarded mining rights to the Australia based Lucapa Diamond Company to develop the mine, which had been idle since 2015. This Company has completed the trial mining and currently is at the commercial stage.

Lucapa holds 70 percent of shares while the government has 30 percent shareholding.

Mothae Mine was acquired by Lucapa Diamonds at the cost of over M129 million in 2017, and in order to commence their full scale operations, they have invested more than M280 million for the construction of Phase One of the commercial and the bulk sampling operations.