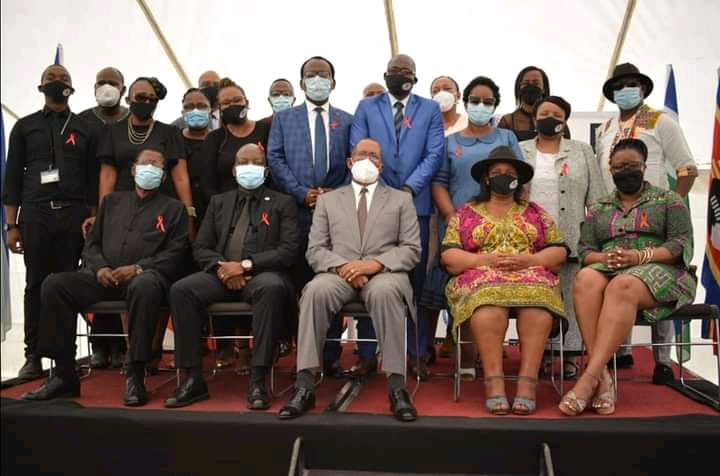 In an effort to ease new HIV infection by 2023, the National Aids Commission (NAC) launched a Technology-Based HIV Prevention Program for Youth aged between 15-24 years at the event held in Maseru on Wednesday.

Speaking at the launch, the Minister of Health, Mr. Semano Sekatle said they are grateful that the Southern African Development Community (SADC) has come up with this initiative, noting that this project has come at the right time when the country is ranked at number one in terms of infections.

Mr. Sekatle said he hopes that the Limkonkwing University of Creative Technology will effectively implement this program and produce expected results.

Mr. Sekatle said the project will lead the country into recovery because this is a wake-up call for the Ministry of Health and Lesotho that the country cannot ignore communicable and non-communicable diseases.

Mrs. Letsie said prevention of HIV in youth is the priority in the SADC region as an effort to reduce infections hence the launching of Technology-Based HIV Prevention Program for Youth, saying focus will be on prevention and social mobilisation which are also linked to the regional strategy on HIV prevention, treatment, sexual and reproductive health among the key population.

She noted that in 2019, SADC issued a call for proposals through the SADC HIV and AIDS special fund round three and the Limkokwing University of Creative Technology responded to the call and submitted the proposal in June 2019.

She further mentioned that SADC has invested efforts to assist the three mentioned countries to achieve their goals in relation to reducing new HIV infections.

Moreover, the Vice-Chancellor of the Limkokwing University of Creative Technology, Adv. Tefo Macheli said technology enthuses youth and it is important to utilise it in a manner that will attract their attention in the prevention of new infections.

Adv. Macheli said they are confident that the impact they are going to make will not only be based on HIV issues alone but through knowledge dissemination, the transformation of youth and enhancement of their future prospect of livelihood and ability to sustain themselves.

The Technology-Based HIV Prevention Program for Youth will be implemented by the Limkokwing University of Creative Technology with the support of SADC.