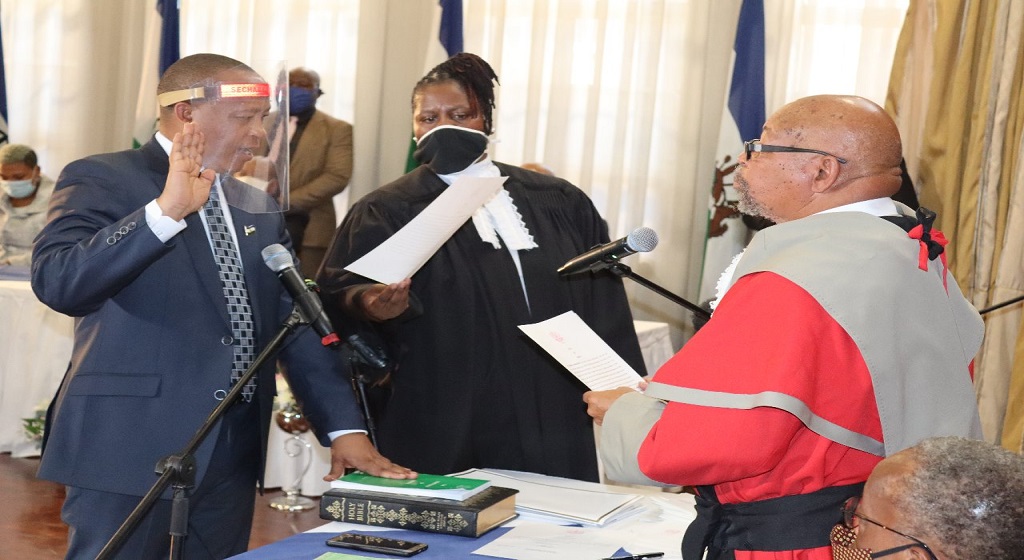 Twenty-one Cabinet Ministers and eight Deputy Ministers of the fourth coalition government formed by the All Basotho Convention (ABC) and Democratic Congress (DC) were sworn-in at the Royal Palace in Maseru on Thursday.

The swearing in ceremony which was administered by Justice Ts’eliso Monaphathi comes a day after Dr Moeketsi Majoro was sworn in as the new Prime Minister to lead the fourth coalition government of Lesotho. This event also marked a historic and peaceful transition as the Prime Minister was inaugurated without the country going for general elections.

Present to witness the ceremony were His Majesty King Letsie III, Prime Minister, Heads of Diplomatic Missions in Lesotho, Members of Parliament and other Senior Government Officials.

The ceremony saw Mr. Mathibeli Mokhothu swearing-in as the Deputy Prime Minister and will also be responsible for Parliamentary Affairs. 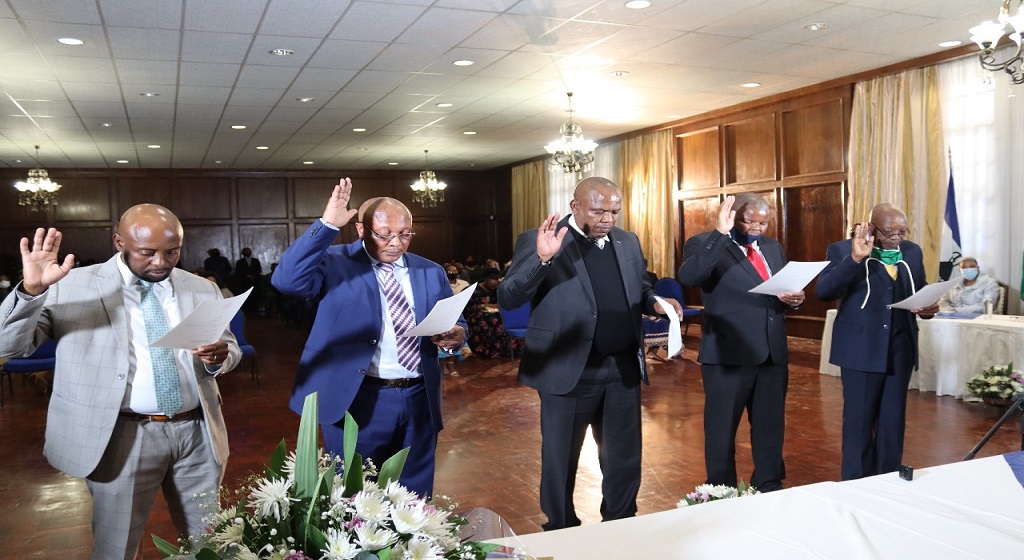 Advocate Lekhetho Rakuoane was sworn in as Minister of Tourism, Environment and Culture, Mr. Motlatsi Maqelepo as Health Minister and his deputy is Mr. Nto Moakhi. The Minister of Public Works is Mr. Lebohang Monaheng while Mr. Keketso Sello is the Minister of Small Business Development, Cooperatives and Marketing.

Mr. Nkaku Kabi is the Minister of Water and his deputy is Mr. Lepota Sekola.  Chief Thesele Maseribane is the Minister of Communications, Science and Technology, given second opportunity to lead the ministry as he was the minister in the 4×4 coalition government, and Mrs. Keketso Rants’o has also been given second opportunity to lead Ministry of Labour and Employment. Mr. Kemiso Mosenene was sworn in as Minister in the Prime Minister’s Office.