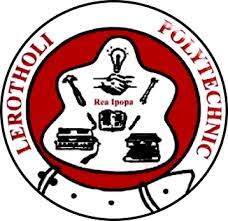 The Minister of Education and Training, Ms. Ntlhoi Motsamai inaugurated the 6th Lerotholi Polytechnic (LP) Council in an event held in Maseru.

Speaking at the ceremony, the minister thanked the outgoing council for their effortless contribution and sacrifices during their tenure, saying their hard work is recognized as they leave LP in greater heights also enthasising that the incoming council has to keep the same momentum to ensure that LP moves in to offering degrees in its programs.

Ms. Motsamai said she is aware of a number of policies that the outgoing council has approved and still there are some which need to be approved in order for LP to operate smoothly, adding that Lerotholi Polytechnic is one of the unique and one of its kind institution in the country because of the types of skills and development programs it offers, which are the pillars of the economy in this country.

When welcoming the new council, the Minister expressed her gratitude and appreciation that they have accepted her call to serve as LP council, noting that they have been called to perform lots of task, urging them to work hard to expand and ensure that the institution remains liable to its mandate.

Also speaking was the Rector of Lerotholi Polytechnic, Prof. Spirit Tlali who expressed his appreciation to the outgoing council for its cooperation during its tenure, saying the management of LP is thankful for their considerable sacrifices in serving the institution for three years.

Prof. Tlali said the 5th council has been their pillar of strength during hard times hence thanked them for their dedication in serving LP with honour.

The Rector also thanked the Minister of Education and Training for her support to LP management and the outgoing council.

He also thanked the incoming council for accepting the call to serve the institution, wishing them success in their new journey of serving LP.

Meanwhile, the Chairperson of the outgoing council, Mr. Mosebetsi Ntja also thanked the government for entrusting them to lead LP for the past three years. He said it was an honour and privilege to have been given the opportunity to serve such historic institution.

Mr. Ntja said when they were assigned to serve LP council, the institute was faced with so many challenges namely: poor strategic leadership, inadequate financial support, lack of physical infrastructure, absence of financial accountability, demoralized staff and students and tainted institution image. He commented that these challenges centered on the leadership.

He said the institution could not recruit qualified personnel to fill management positions because this was due to the fact that competent and qualified candidates were reluctant in joining the institution because of its questionable reputation.

However, Mr. Ntja said he is proud to announce that even though the 5th council was confronted with numerous challenges, they have left their hallmark of success. He said with the management at wheel, they were able to record some of the achievements including the following:

The 2018- 2023 LP strategic plan was approved and it is a blue print upon which the Polytech will progress within the next five years as part of its developmental agenda as it aspires to be the university offering some of the programs at a degree level.

The LP Act of 1997 has been reviewed and pre-post LP Bill which aligns with higher Education Act was drafted and proposed by the council and submitted to the Ministry of Education and Training for consideration and subsequent processing by relevant government bodies for approval.

He further said LP salary structure was introduced with clear academic and professional progression, saying this was important because it addresses staff moral and have clear pathways for professional growth.

Lerotholi Polytechnic was founded by the late Paramount chief Lerotholi in 1894 and this was the 6th council to be inaugurated since its establishment hence it has remained true to its course which is to develop technical skills for the Basotho youth and continue to actively contribute to the socio-economic of the country.