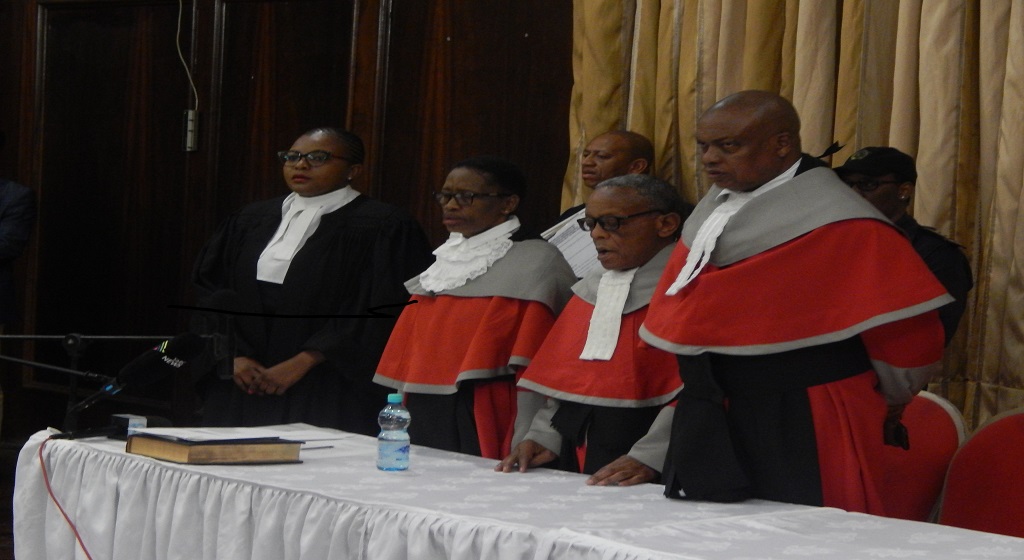 Just a day before Lesotho celebrates her 53rd Independence, it witnessed the fourth reshuffle of Cabinet Ministers since the 4×4 coalition took into power in 2017.

First to be sworn in was new Minister of Trade and Industry, Mr. Halebonoe Sets’abi who was the Deputy Minister of Foreign Affairs and International Relations and is replacing the former Minister Habofanoe Lehana who is now the new Minister of Law and Constitutional Affairs.

New Minister of Police and Public Safety is Mr. Lehlohonolo Moramotse who was also booted out in February last year while he was the then Minister of Public Works and Transport.

Meanwhile the Government Secretary Mr. Moahloli Mphaka stated that other reshuffles will be announced in due course.